There are many arenas, stadiums and concert halls around the world that are considered to be world class wrestling venues. Some of them can only pack in a crowd of a few hundred, while others can uphold over 50,000 people. Places like Madison Square Garden have a famous backdrop for photos, while other places like the 2300 Arena have a mural dedicated to their extreme past.

All of the recognizable photo-ops, building structures and memories of classic matches lead up to one question: What is the best wrestling venue in the history of the sport? I’ll be ranking my personal top four venues in no particular order based on the following factors:

You knew this was going to be on the list, right? Arguably the most touted arena on the globe for constantly putting on some of the best matches in wrestling history, the Tokyo Dome is the ultimate package. Ever since opening in March 1988, the baseball stadium has only hosted a total of 31 wrestling events.

To say they’ve made the most out of these 31 events is an understatement. According to Cagematch.net, 4 of the top 25 fan-rated matches in history have emanated from the Dome. The dome is most notable for hosting NJPW’s marquee event – Wrestle Kingdom – every year since its inception in 2007.

If you’re not stuck in a WWE bubble, you most likely recognize the Tokyo Dome based off of the name itself, let alone the matches. As much as I can put over the actual wrestling and events they’ve hosted, the atmosphere is just as good. The dome stands in front of a roller coaster and a ferris wheel, and has a great light package at night, as pictured below. 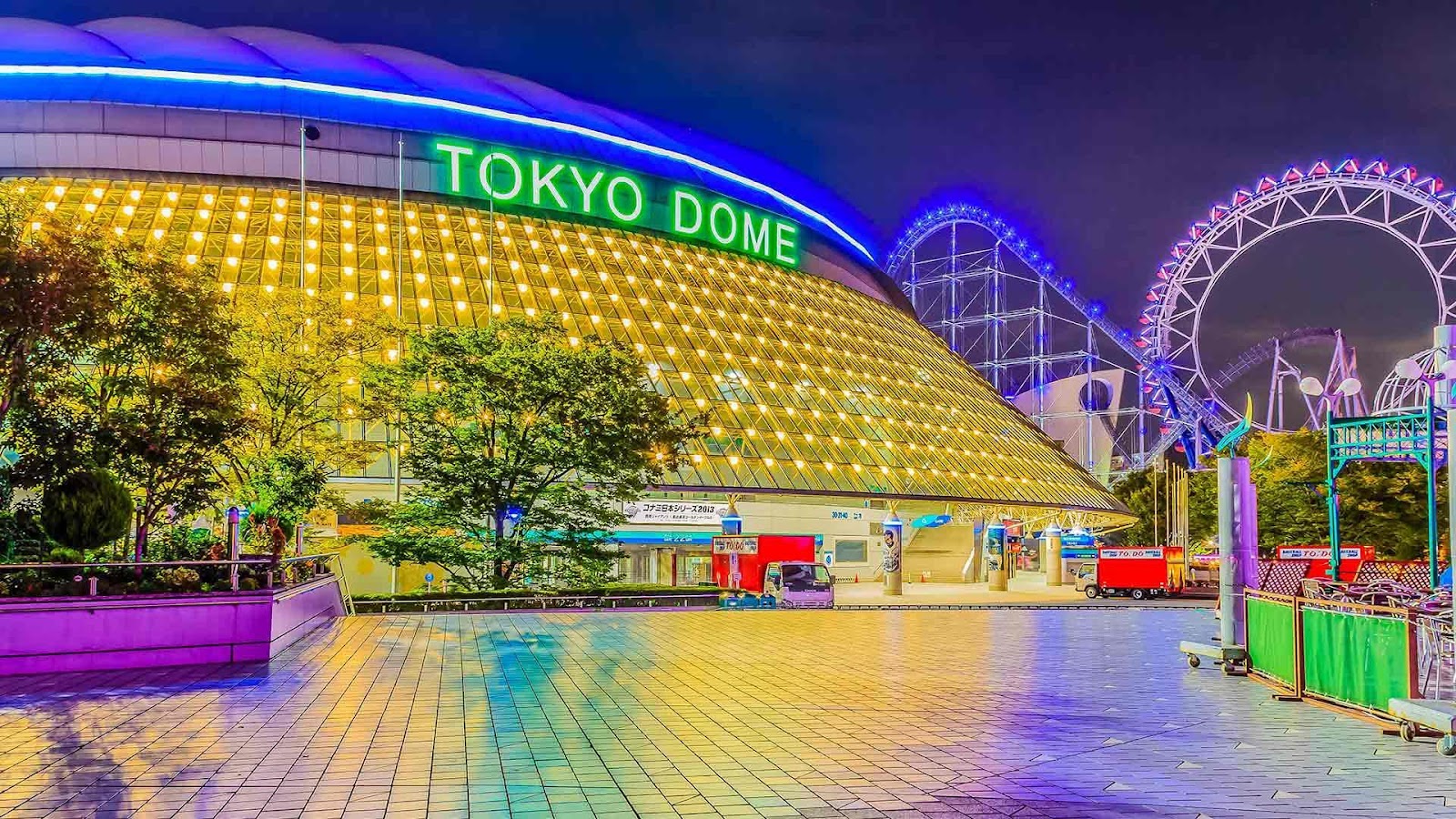 My favorite match to ever take place @ Tokyo Dome is: Kota Ibushi vs. Shinsuke Nakamura at Wrestle Kingdom 9.

A more surprising entry into this list is the Allstate Arena in Chicago, Illinois. I could put this arena on the list for simply hosting two of the greatest bouts ever: Bret Hart and Steve Austin’s submission match at Wrestlemania 13 and CM Punk vs John Cena at Money In The Bank in 2011. Not only are they widely considered to be some of the best matches ever, but each match played a part in changing the winds in the WWE at their respective times.

Singled out matches aside – The venue has hosted some all around fantastic PPV’s. Survivor Series 2019, Wrestlemania 22, NXT Takeover: Chicago I, Payback 2014 and No Mercy 2007 immediately come to mind.

Where it lacks in ambience and aesthetic is made up for in the number of events hosted. Over 259 wrestling events have taken place in this historic arena, with the vast majority of them being WWE hosted. Other companies that have run the building include WCW, AWA and AAA.

My favorite match to ever take place @ Allstate Arena is: CM Punk vs John Cena at Money In The Bank 2011

The former ECW Arena has hosted a total of 451 wrestling shows, which places fifth all time. Hosting that many events comes with hosting almost every promotion under the sun including MLW, ROH, NJPW, Evolve, House Of Hardcore, Progress, CZW, GCW, CHIKARA, TNA, Dragon Gate, and obviously, ECW.

It’s regarded as a bucket list visit for a good majority of wrestling fans – and for good reason. On top of great bouts like Juventud Guerrera vs Rey Misterio Jr at ECW Big Ass Extreme Bash 1996 and a personal favorite of mine – AJ Styles vs Jay Lethal for the Ring Of Honor championship at Final Battle 2015, the arena is also littered with murals and references to its rich wrestling history.

While its record attendance is only a measly 2,000 at ECW Cyberslam in 1998, the arena brings a grimy and grungy feeling to the table. I wouldn’t say any other historic and renowned wrestling venue can say they bring quite the same vibe that the 2300 Arena does.

My favorite match to ever take place @ 2300 Arena: Brodie Lee vs. Claudio Castagnoli at CHIKARA Style and Substance 2008

Before we get to the final entry, I’d like to give out some honorable mentions:

I was going to leave this one out just due to overexposure but after taking a look at the match list, I can’t bring myself to. While the Garden’s prestige has faded in recent years due to WWE only hosting a few live events per year, the history speaks for itself.

Aside from a joint ROH-NJPW event in 2019 (Which produced great bouts like Okada/White and Ibushi/Naito), the Garden has only hosted WWE branded events. 434 events to be exact, which is just shy of the 2300 Arena’s 451.

The first documented WWWF event in MSG was on February 25th, 1963. Since then, its become a bucket list item for plenty of wrestlers to one day perform in the prestigious arena. When afforded with the chance, some wrestlers will go above and beyond to make yet another memory.

As previously mentioned, MSG is notable for having a photo-op backstage. Wrestlers, singers, actors, and more have all posed with the iconic MSG backdrop. On top of that, both the inside and outside of the arena are absolutely stunning.

Thanks for taking the time to check out my personal favorite venues in wrestling. If you liked this article and want to keep up with me and my work, you can follow my Twitter where I post frequently.

Tucker Comments on Relationship with Triple H, WWE Development in 2013