Who Will Be Conor McGregor’s Next Opponent?

Who Will Be Conor McGregor’s Next Opponent? 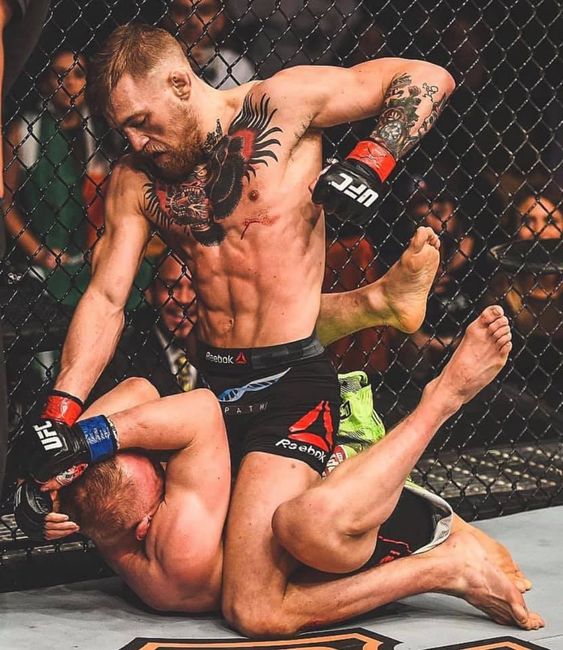 Conor McGregor has not fought since tapping out to Khabib Nurmagomedov at UFC 229 in October 2018. But a return looks imminent, with McGregor continuously teasing a comeback on his Twitter and in interviews. Despite not fighting in almost a year, he is still the highest profile UFC fighter and fans are anticipating his return. There is, however, no official word yet as to who McGregor will fight, and when.

But if McGregor is to be believed, the when is soon. The who though is anyone’s guess. The best bet here is Nurmagomedov, as McGregor will be looking to prove that he is the still the best fighter in the UFC. If the fight did go ahead it would be a huge PPV draw and one of the biggest matches in UFC history. This rematch would be very similar to a WWE storyline as there is no love lost between the two fighters. So it wouldn’t be surprising if UFC president Dana White tries to make this fight happen.

However, despite the potential hype for the clash Nurmagomedov says he’s not interested in a rematch. In his eyes McGregor needs to prove himself again before he gets another shot at the title. “This guy [McGregor] have to come back and make nine- or 10-fight win streak. Then we gonna fight,” said Nurmagomedov when asked about the rematch.

If Nurmagomedov gets his way, McGregor will be the odd man out. That’s because his next logical opponent, Nate Diaz, already has a fight lined up against Jorge Masvidal. The two will headline UFC 244 in November. When he announced Diaz-Masvidal, White described Diaz as a “needle mover” just like McGregor. But if the trilogy fight does go ahead in the near future it would certainly be the deciding fight the fans are calling for. Like the Nurmagomedov rematch this would also be highly anticipated across the world. The two superstars, though, will have to wait until after Diaz-Masvidal before their trilogy could potentially be finalized.

With Nurmagomedov and Diaz currently out of the picture, Justin Gaethje seems next in line. He is coming off a one-round demolition of Donald Cerrone, and is an all-action fighter. Gaethje is also a perfect opponent for McGregor, at least stylistically. The Highlight does his best work on his feet, and would gladly engage McGregor in a stand-up war. The problem is that Gaethje is neither a needle mover like Diaz nor a McGregor nemesis like Nurmagomedov. It is hard to envision McGregor calling for a match with Gaethje. He would want something more high profile. In the same vein, it is hard to envision deposed lightweight interim champ Dustin Poirier getting a shot at Mystic Mac after Nurmagomedov soundly beat him in Dubai.

While it is almost certain that McGregor will return to the UFC there is still a chance he might look elsewhere for his next fight. And that opponent could be Floyd Mayweather. The unbeaten boxer famously fought the brash Irishman two years ago in a much-hyped crossover fight. Coral’s in-depth feature on combat sports’ connection to Las Vegas details how the exhibition fight was one of the most watched fights in boxing history. Some 13,000 fans flocked to the T-Mobile Arena, while over 4 million bought the fight on pay-per-view. It was so successful that it has inspired many talks of a rematch, including a bout that would take place in the Octagon. Nothing has materialized yet, but McGregor has been very vocal about the possibility. They did make the Money Fight possible, so making a rematch wouldn’t be improbable.

For now, fans can only speculate as to who will get the first crack at McGregor. But the excitement is building, and Mystic Mac himself stoked the flames further. A recent Express article about McGregor’s return to the UFC reported that Irishman may have already tweeted the date and location of his comeback fight: “Dublin, December 14th.” Pending an official announcement from the UFC, said tweet must be taken with a grain of salt. But at the very least McGregor seems hell bent on fighting again, and that is most definitely good news for the UFC and fight fans worldwide.

Should AEW put the AEW Championship on Orange Cassidy?

Dana White plans for Nunes-centered featherweight division, but is it too late?

Austin Aries Rants About Wearing A Mask During COVID19

Should AEW put the AEW Championship on Orange Cassidy?