What You Can Expect On Tonight’s Episode Of SmackDown LIVE From Bakersfield, CA 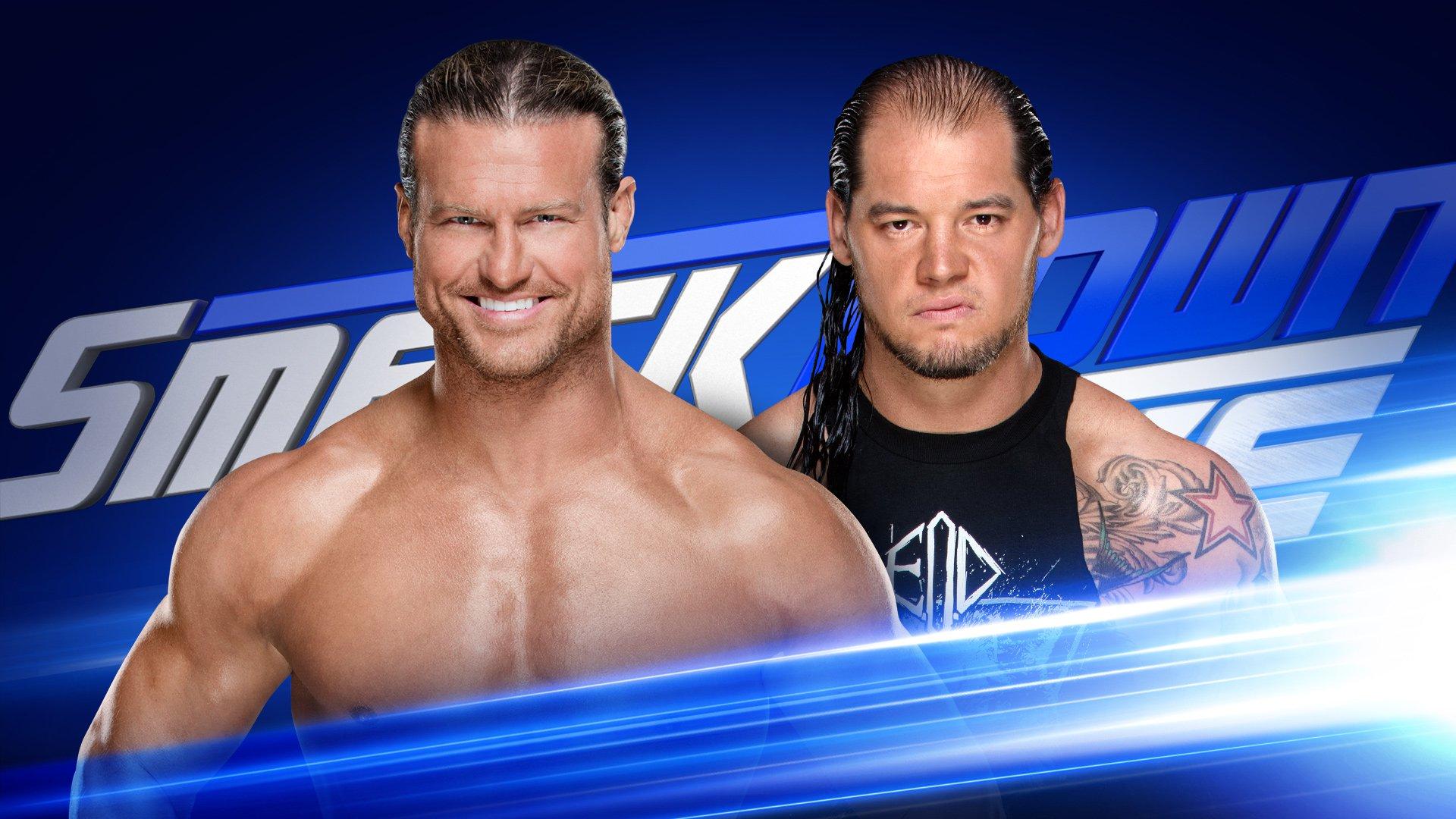 Tonight’s episode of WWE SmackDown LIVE heads into Bakersfield, California at the Rabobank Arena. Here are the focal points for tonight’s show:

– Dolph Zigger to face Baron Corbin tonight on SmackDown LIVE in a battle with WWE Fastlane implications
Tonight, Dolph Ziggler returns to SmackDown LIVE for the first time in seven weeks. By the end of the night, The Showoff could be walking right into a WWE Championship opportunity.

SmackDown Commissioner Shane McMahon revealed on Twitter Thursday morning that the winner of the battle between Ziggler and Baron Corbin will be added to the WWE Championship Match at WWE Fastlane. That means that AJ Styles will have to defend his title against Kevin Owens, Sami Zayn and the winner of this showdown.

An unexpected end to #SDLive with a triple threat match made for #WWEFastlane…I’m going to make a bit more interesting.

Who will advance to the March 11 special on WWE Network and challenge for the WWE Championship: The Showoff or The Lone Wolf? Find out tonight on SmackDown LIVE at 8/7 C on USA Network!

Charlotte had to face 3-on-1 odds against Morgan last week, until Ruby Riott and Logan were thrown out by the official, which gave The Queen the opening to defeat the feisty New Jersey native. However, the SmackDown Women’s Champion is once again walking into a battle where she’ll be at a distinct disadvantage, as The Riott Squad still have the numbers in their favor. Will Charlotte once again score a victory over a member of the vicious trio?

– Bobby Roode issues a United States Open Challenge
The Glorious One, who ranked No. 5 in the first-ever SmackDown LIVE Top 10 List, is determined to prove he’s a fighting United States Champion and possibly move up in the rankings. Tonight on SmackDown, Bobby Roode will aim to do that when he issues a United States Open Challenge. Plenty of competitors seem to have Roode in their sights, including Rusev and Randy Orton, who shocked the WWE Universe last week by dropping The Bulgarian Brute, Aiden English and Roode with RKOs last Tuesday.

Who will answer The Glorious One’s call for competition? Will they be able to take the star-spangled championship from Roode?

– The New Day take on Chad Gable & Shelton Benjamin
Chad Gable & Shelton Benjamin have made it clear that they are on a mission to rid SmackDown LIVE of any team that doesn’t take competition seriously. After picking up wins over SmackDown’s resident sleuths Breezango and their best pals, The Ascension, the mat-wrestling masters are aiming their sights at one of the most successful tag teams in history: The New Day.

Kofi Kingston, Big E & Xavier Woods love to have fun, eat pancakes and ensure that the WWE Universe is anything but booty – there’s no doubting that. However, if Gable & Benjamin think that The New Day don’t take things seriously when the bell rings, they may be in for a rude awakening, courtesy of the longest-reigning tag team champions in WWE history.

Who will walk out of this hard-hitting battle with a victory?

Find out on SmackDown LIVE, tonight at 8/7 C on USA Network!

Booker T Got Call For Royal Rumble Match While On Kickoff…

Tony Khan Explains How He Changed His Booking To Focus More…