Pro Wrestler and Wrestling Promoter Mike Elgin goes from owning Glory Pro Wrestling at the start of the day, to now having sold it off three or four hours ago as of the time of this writing.

The story broke earlier on twitter when a fan named Moses Malone accused a former student of Elgin’s, named Sean Orleans of sexual assault. To make the story even more interesting is the fact that Elgin is being accused of knowing about the alleged assault, and that he sat on the information for some time.

There was an exchange on twitter between @VicVenomBytes, an account which has now been deactivated, and Michael Elgin which you can see in the screen cap below. 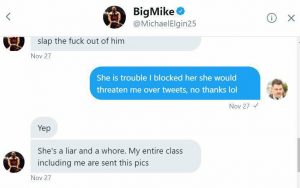 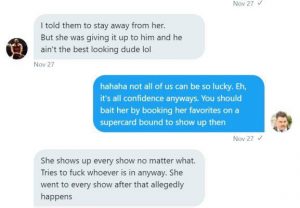 According to Michael Elgin, this whole situation has been misconstrued. Elgin said that he was leaving Twitter after all of this went down so that he can focus more on his family and remove himself from the drama.

Elgin posted a goodbye message to his fans on his twitter account, but the page has since been deleted. A transcription of the message from Elgin can be read below:

“Well I’ve been on the phone for the last little bit with a lawyer. I’m taking the actions needed and have emailed twitter for help.

But truth is, this is sad. I don’t want to be involved in a scene with this much garbage. I don’t have time to try and defend myself or others. I want to focus on what matters which is my family and the ability to support them. Not pettiness that comes from social media. Everyone should treat everyone with respect (myself included as I’m far from perfect).

But I’ve sold Glory Pro to some people I trust and I’m off social media. I’ve enjoyed my time speaking with fans on here. Y’all are the best. The ones whom just want to give others a headache and try to effect people in a negative way are the scum of the earth.

Whether it be this, or the hateful tweets that go out everyday to people all around the world. It be would such a better place (the world) if we all helped each other instead of being mean and spreading hatred. Take care everyone.”

We will have more on this story as it becomes known.

ONE NIGHT IN EHIME PERFECTURE

Chris Jericho Hits Back At Fan Who Named Him “COVID God”

It’s Time We Lay The Term “Burial” To Rest

ONE NIGHT IN EHIME PERFECTURE

Chris Jericho Hits Back At Fan Who Named Him “COVID…