It was reported yesterday that former ROH Female Wrestler Taeler Hendrix has claimed that she was sabotaged and taken off ROH TV, eventually leading to her departure from the company, after she would not sleep with current ROH World Heavyweight Champion Jay Lethal.

Jay Lethal has not directly responded to the accusation, but he did however like a tweet from IMPACT Wrestling’s Sonjay Dutt who appeared to express his thought and feelings when he released a statement seemingly directed at the situation on his twitter account.

Sonjay Dutt tweeted out within an hour of the story originally breaking saying, “Slander. F*ckin’ insane. Batsh*t crazy”. You can see Sonjay’s tweet embedded below.

Jay Lethal then liked this tweet from Sonjay. It would leave one to believe that the action from Lethal might sum up his thoughts on the situation. 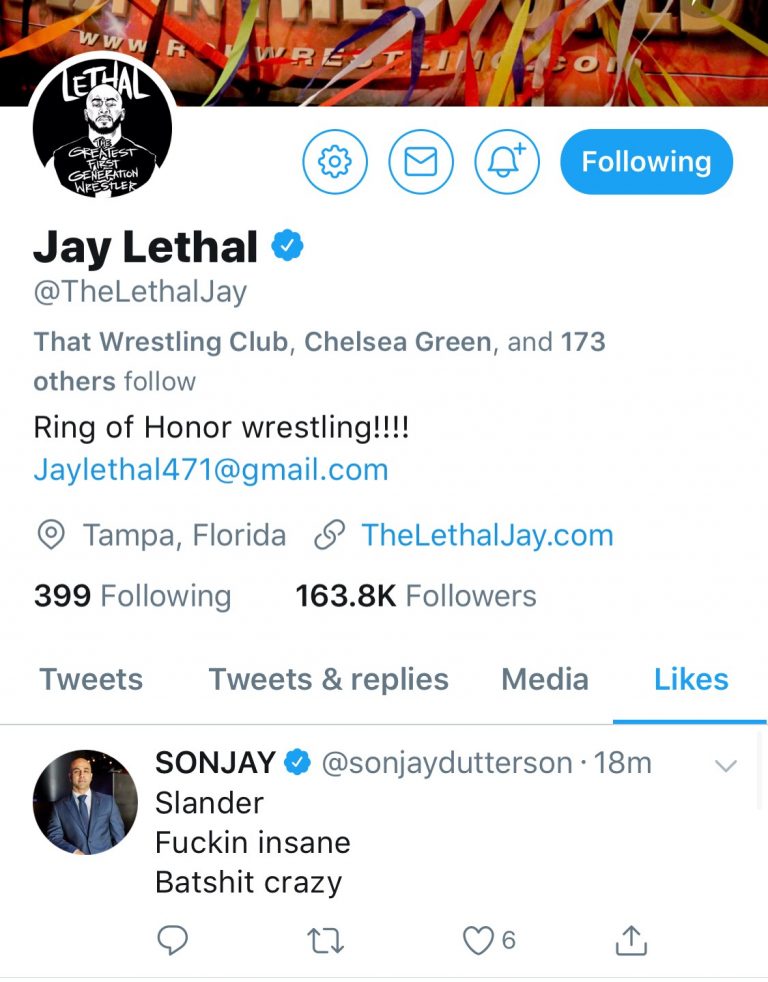 We will keep you updated as the story continues to develop.