Every year, the Royal Rumble hits the World Wrestling Entertainment universe like a meteor, bringing all sorts of talents to the ring for their famous “reverse” Battle Royal. It will bring many stars together that may or may not have met before and could start rivalries never before thought of. One of the brightest spots of the match, however, is the surprise entrances of either past superstars, developmental wrestlers, or stars from other promotions that all make shocking appearances. I know there are a lot more wrestlers that could and might show up that are not on this list, but I only had ten spots and these were the ones I used. This list is my Top 10 possible entrants for the 2018 Men’s Royal Rumble, and no *SPOILER ALERT* Drew Carey and CM Punk do not appear anywhere on this list. 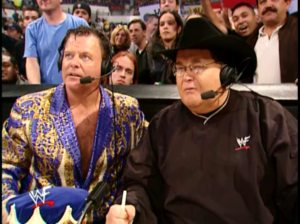 10. Jim Ross and Jerry Lawler – Instead of a wrestler here to open up this list, I am gonna start off with what would be a great surprise for everybody – the return of Jim Ross and Jerry Lawler on commentary! Jim Ross not only moonlights for World Wrestling Entertainment and New Japan Pro Wrestling, but also does the Ross Report podcast every week. Jerry Lawler, despite stating that he wishes to return to in-ring competition, has expressed a desire to return to the commentary table for the worldwide promotion.

Both JR and The King are already slated for the Monday Night Raw 25th anniversary the following night, so they might just keep them in that slot and not for the Royal Rumble match the night before. I, for one, would not mind this dynamic duo pulling double duty! 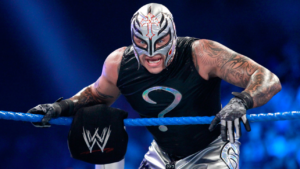 Taking time away from World Wrestling Entertainment, Rey Mysterio has built a pretty comfy spot for himself in Lucha Underground where he quickly moved up to after spending some time in Mexico’s AAA in 2015. There is that reason why he may not show up, but also his last surprise as the thirtieth entree in the 2014 Royal Rumble was met with a maelstrom of boos from the audience possibly expecting a Daniel Bryan return instead. 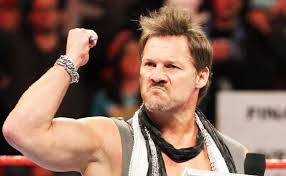 8. Chris Jericho – Coming off his match with Kenny Omega in New Japan Pro Wrestling, Chris Jericho is a perennial Royal Rumble contestant and is always welcomed by the WWE brass. The first ever undisputed world champion has been making strides not just in World Wrestling Entertainment, but all over the world. He has even made a cruise that you can go on this year with some big named bands and a Ring Of Honor tournament on board.

It is becoming less and less of a surprise seeing Y2J in the Royal Rumble match, but he always comes in to much fanfare and delight. If he is involved in this match, however, he should win his tenth Royal Rumble appearance as he has never won. 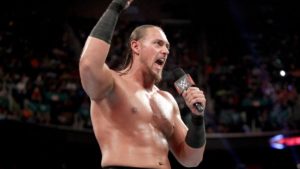 7. Big Cass – The first entrant in last year’s Royal Rumble started his career in NXT alongside Enzo Amore, but broke off from Enzo before the Royal Rumble match. A feud would grow between the two with Cass taking most of the victories, as he was the heavy of the group. Enzo has since become the heel as Cass would suffer a knee injury, ending their feud before it could really get going.

After suffering a torn ACL last summer, Big Cass may or may not be ready for the ring. Also, there is not really any feud for him as he left a heel, as Enzo is now. There has been no whispers backstage at all, nor any build up to any rivalries for the Queens native. 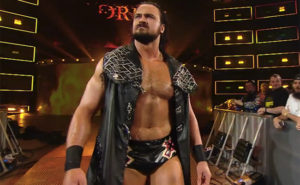 6. Drew McIntyre – Drew Galloway has always captured the intrigue of the upper brass in World Wrestling Entertainment, so much so that Vince McMahon even named him the “future world champion” on air. When his value was determined to be fading, McIntyre did what a number of ex-WWE stars did and left to seek prominence in other promotions. He achieved just that very thing becoming a champion in almost every promotion outside of World Wrestling Entertainment in only a few years before returning to the WWE/NXT developmental system last year.

After his first loss in NXT only months ago, thus losing his NXT championship, it was revealed that McIntyre had suffered a torn bicep. Although this could be a red herring as to how the brand will bring him back up to the main roster, It may be too soon for his injury to be fully healed. But, let’s face it, it would be hilarious to see a 3MB reunion in the year’s Rumble match. 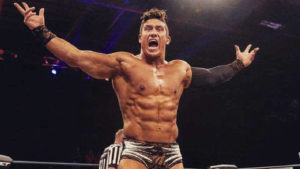 5. Ethan Carter III – The kayfabe spoiled nephew of Total Nonstop Action chairperson, Dixie Carter, Michael Hutter first started in Ohio Valley Wrestling and later Florida Championship Wrestling (which subsequently turned into NXT) under the ring name Derrick Bateman. He went on to become the world champion in TNA after being released by WWE in 2013.

World Wrestling Entertainment would be smart to snatch up one of their old prospects, but Hutter has made a bigger name for himself as EC3 and not WWE’s trademarked Derrick Bateman. To properly re-introduce him as a viable contender, the writers for WWE need to come up with a great story acknowledging Total Nonstop Action (which has yet to happen) or do a lot of damage control on their lost trademarked product, Derrick Bateman. 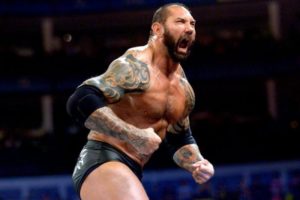 4. Batista – Probably the most likely of all on this list, the former Evolution member and longtime friend of Hunter Hearst Helmsley has been seen backstage at WWE events and has publicly expressed interest in returning to the ring full time. He definitely wants to make a more triumphant return than he did in 2014 when he entered the Royal Rumble at number 28 and won the match, only to be booed out of the building.

Even though “Boo-tista” has been away from the company long enough for everyone to forget his tragic 2014 Royal Rumble victory, the Guardians Of The Galaxy star has made a name for himself in Hollywood and does not need to wrestle anymore at his age. But, if you love what you do, money is never really that big of an issue (even though he will definitely get paid what he wants). 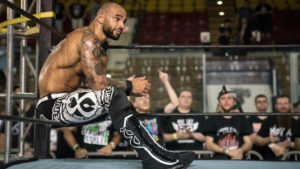 3. Ricochet – Trevor Mann has been known by many names: “Helios” in the Chikara promotion, “Prince Puma” in the Lucha Underground promotion, and most recently “Ricochet” in New Japan Pro Wrestling and Pro Wrestling Guerrilla. Quite possibly the most sought after free agent on the market, WWE/NXT developmental just signed a deal with the world famous superstar and could make a huge impact on the Royal Rumble match this year.

Since signing with World Wrestling Entertainment a mere few days ago, there is little to no time to get Ricochet ready for his in-ring debut under the company umbrella. It is far more likely that they will spend some time with the young upstart in developmental to learn the style of wrestling they wish to see from him as opposed to throwing him on the big stage so quickly. Stranger things have happened though. 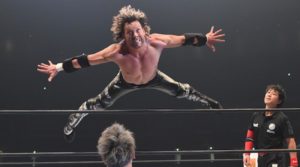 2. Kenny Omega – It has long been speculated that the Bullet Club and Elite member would make his first appearance in World Wrestling Entertainment and the best way to do it would be in the Royal Rumble. All the way up until last year even, the world famous wrestler who made a huge name for himself in New Japan Pro Wrestling, it was said he would be one of the new entrants. Coming off the heels of his now infamous interpromotional clash with Chris Jericho a few weeks ago, he would definitely light up the stage and bridge the international wrestling community.

Unfortunately, Omega has recently signed a year long deal with New Japan Pro Wrestling which makes him ineligible for the Royal Rumble this year or next. Considering how social media works though, it could be a huge red herring to throw everyone off. That being said, it would be one of the biggest works of all time and would be heralded as one of the biggest surprises ever. 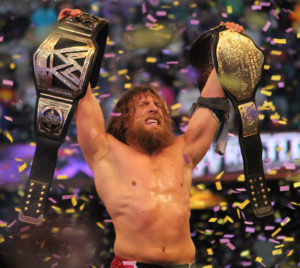 1. Daniel Bryan – There really only could be one top surprise entrant on this list. Ever since the “YES! Movement” started in 2013, audiences were clamoring for Daniel Bryan to win the world title. Year after year, the World Wrestling Entertainment universe bellowed for Daniel Bryan to win the Royal Rumble match itself until his injury in 2015 led to his in-ring retirement the following year. Bryan vowed that he would return to the ring again and has worked diligently with doctors to clear him for action.

With World Wrestling Entertainment very closely under the microscope by many different agencies looking for the tiniest mess-up, it would be in their best interest to leave him on the sidelines given the current investigations into professional athletes and concussions. But with how diligent Daniel Bryan is to get back in the ring and how much of a spectacle WWE can make off an in-ring return, anything is possible.