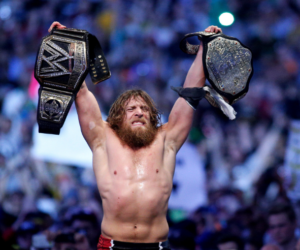 8. Daniel Bryan – Would the World Wrestling Entertainment universe go crazy if Daniel Bryan came back and won the Royal Rumble that has always eluded him? YES! We in the wrestling community would definitely welcome a comeback at this year’s Royal Rumble much the same way they loved Goldberg’s comeback to vie with Brock Lesnar for the Universal title last year. YES!

The fact that Daniel Bryan has already stated in fervent measure that he WILL wrestle again, he has also said that he would for any promotion that would take him. The doubt that WWE has cleared Bryan, or even that he would abandon his cushy money simply not wrestling, makes him an unlikely candidate.