Here is what you need to know about The Broken Universe of Matt Hardy: it is messed up! Matt Hardy has done something no other wrestler has done and he deserves an award for it, or at least the World Wrestling Entertainment Hall Of Fame. But let’s not get too ahead of ourselves and take a quick look at just what The Broken Universe is. 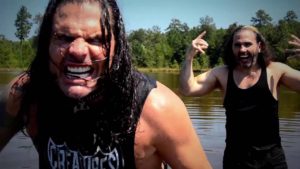 I have to give props to Vince McMahon and the powers that be for pulling the trigger on The Broken Universe, or whatever it is they are going to call it. World Wrestling Entertainment (it will always be World Wrestling Federation to me, by the way) has always had a reputation for not pursuing certain wrestlers past gimmicks, even so far as to repackage them completely if only to keep the character’s rights. That is not to say The Broken Universe has not had its own problems along the way. 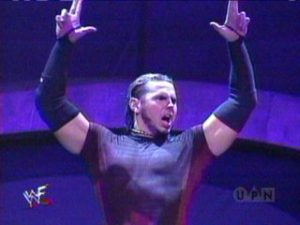 Matthew Moore Hardy has wrestled for over twenty years, most notably with his real-life brother, Jeff. As The Hardy Boyz, they have held over ten titles between three different promotions and are destined to be in the World Wrestling Entertainment (ugh) Hall Of Fame together. But what of their separate single careers? 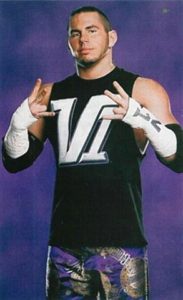 Even after winning the Wrestling Observer Newsletter 2001 Best Gimmick, Matt Hardy Version 1.0 was one of the greatest makeover an wrestler that was coming out of a hot tag team could want. With the scathing six-minute promo he shelled out in 2005, Matt Hardy blurred the lines between entertainment and real life when he shot on Edge sleeping with his then girlfriend and fellow performer, Amy Dumas (better known as Lita) on screen for everyone to see. It was a bold step in the world of professional wrestling, to say the very least. It is also said that this was what led to his first dismissal, as Edge was becoming a much lucrative prospect for the company. 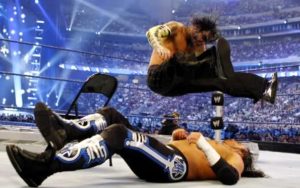 Hardy would come back a few times, most notably to feud with Edge again (because art imitates life) and to take on Montel Vontavious Porter, which the latter would lead to a United States title reign. He would later vie for the Extreme Championship Wrestling title which he would subsequently win in a championship scramble. After one more rivalry with his brother, that would be Matt Hardy’s last single’s run in World Wrestling Entertainment before he asked for his release to try his hand on the independent circuit. 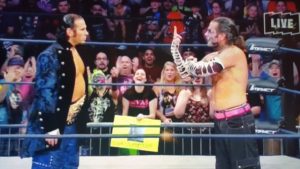 The beginnings of The Broken Universe began early in 2016 in Total Nonstop Action or Impact Wrestling depending on which dates you are looking at. In fact, I don’t think they knew what the name of the brand was at that time which I am positive also led to a question of who owned the rights to the characters in the Broken Universe. After an “I Quit” match in April of 2016, Matt Hardy disappeared from television which everyone thought was to put more of an angle on the Hardy versus Hardy dispute. It definitely did just that, but in ways no one could have ever guessed. 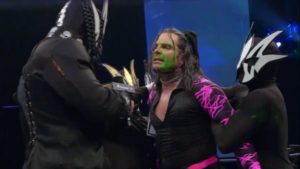 Bouncing back from his neck injury after a devastating Swanton Bomb from his brother, Jeff, Matt Hardy returned with a new look: a blonde streak running through his hair and a strange accent followed by an almost insane diatribe. Utilizing Jeff Hardy’s own alternate persona, known simply as “Willow”, Matt Hardy vowed to destroy his brother. This led to a contract signing for Slammiversary in a Full Metal Mayhem match that was our first glimpse into the Broken Matt Hardy character. Referring to his brother Jeff as Brother Nero (Nero being Jeff Hardy’s real-life middle name), Matt Hardy took his brother to the limit in a twenty minute match that ended with Jeff Hardy triumphing over his older brother. That was only the beginning though. 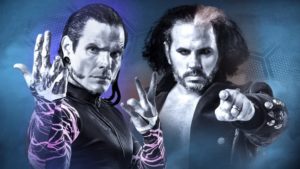 After a Six Sides of Steel match, Jeff once again reigned victorious over Broken Matt Hardy; however this would lead to the infamous Final Deletion video that took the wrestling world by storm. If you get a chance to watch the full director’s cut of this video, you should stop reading right now and check it out on YouTube. It’s simplistic, yet out of this world take on professional wrestling turned the entire business on its head, leaving everyone who saw it to stop and take notice. It showed the world of sports entertainment that you do not need a huge budget or even using the same measures others had before, but to only need an outlet for underrated and overlooked creativity. 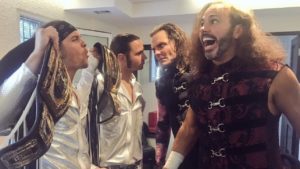 The Hardy’s, now together under the Broken gimmick, went on to multiple other promotions before returning to World Wrestling Entertainment, which they considered “ home”. Jeff Hardy even said in an interview with Jim Ross that “It was one of those things that was inevitable. I think when I did [Jim Ross]’s podcast live at like the House Of Blues back at a couple of WrestleCons ago, that was the big question: ‘are you ever going to return [to WWE]?’ And then, I was like, ‘oh yeah, it’s inevitable.’ I wasn’t sure how it was going to come about, but I always knew it deep down, like you’re not going to know what that extended family means, even back then I remember, ‘we want you to be part of the extended family,’ so yeah, it was inevitable and meant to be in some weird way, just how it all happened was the perfect story. From The Expedition Of Gold to becoming the WWE [RAW] Tag Team Champions. I mean, it’s just the perfect story.” 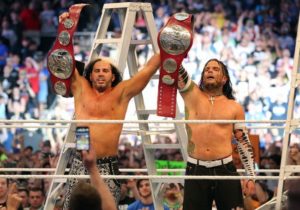 Matt and Jeff Hardy had returned to World Wrestling Entertainment in a glorious fashion. After dropping their Ring Of Honor tag team titles in Orlando the night before WrestleMania 33, no one was expecting a Hardy Boyz return, but everyone was pleasantly surprised when the duo made their comeback winning their WrestleMania match against three other teams and becoming the World Wrestling Entertainment Raw Champions overnight. 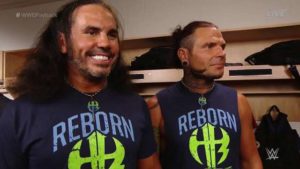 So now, as the year comes to a close and Jeff Hardy has suffered a serious injury to his shoulder requiring surgery and a six to eight month absence, World Wrestling Entertainment has decided to pull the trigger on the “Woken” Matt Hardy character as the rights to the Broken gimmick had returned to Matt Hardy from Impact last month. But what does that mean for the character in this promotion? There is a lot of speculation stirring as to how the leading promotion of sports entertainment will do with the character or if they even know what to do. 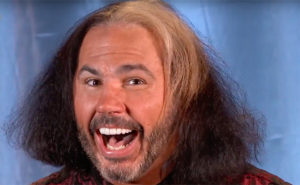 The fact is that no matter what happens to this Woken Universe, eyes will definitely be glued to their televisions to see what happens. We can all be sure, however, that someone as creative as Matt Hardy can and will find a way to make himself relevant again even if World Wrestling Entertainment fails him. We will all have to wait and see.

WWE Programming To Air In Mongolia For The First Time Ever