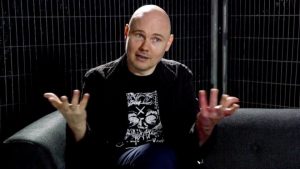 Starting around late October-Beginning of November William Patrick Corgan leader of the Smashing Pumpkins officially took control over the NWA from R. Bruce Tharpe. When he took control he offered up the new direction of the NWA to the promotions affiliated with it and gave them a choice either join with the new leadership or leave the NWA and gave them a date to do it by. This had been done around June or July of this year in advance of the paperwork being done, most of them finished up their commitments with the promotion and either broke off and renamed their promotion, or created a seperate governing board and basically made the NWA but with a different name. It was a interesting time and created a lot of buzz around the NWA which had been missing for a long time since probably the night Shane Douglas won the Worlds Heavyweight Championship and threw it down to create the ECW World Heavyweight Championship.

In order to create a good promotion he hired David Lagana formerly of WWE and TNA fame, at first I will freely admit I didn’t think this would be a good idea until they started to roll out their plans and building up the history of the title. Lagana’s direction and production of the Ten Pounds of Gold series they created to build up their storylines and build up the now former NWA Worlds Heavyweight Champion Tim Storm has been fantastic, this is the best way I have seen in a long time of building up a common man. They show him as this lowly school teacher known as Mr. Scoggins to transforming to this beast of a man in the ring who is on his last legs on his mountaintop.

They have done a fantastic job of building up a few different people such as Jocephus who is a smart but deranged man cutting these fanatical promos. He is ok in the ring but his personality outshines that by a country mile. You also have Nick Aldis FKA Magnus from TNA, who while he can cut a decent promo, he can’t make you excited in the ring. The last main wrestler they have featured consisitently is Tim Storm who is a working man’s wrestler who mainly before the past few months stayed in Texas for most of his career. 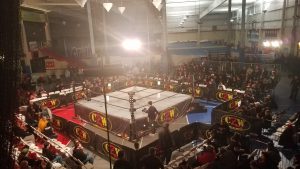 Now when they posted about being open for different people to challenge for the title several people said I would love to such as Matt Tremont, Joey Janela, Ethan Page and MJF. All of these guys are from CZW which led to one of the weirdest sights I never thought I would see a NWA champion inside a CZW ring at Cage of Death. Keep in mind Cage of Death and CZW fans are notorious for being the roughest fans in wrestling and will roast you over an open fire if they think its not worthy of them. 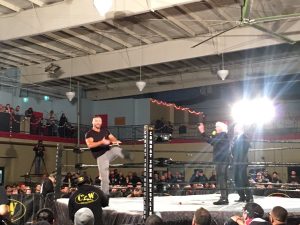 Cage of Death looms with a arena full of raucous fans packing in for a main event filled with blood and gore and this simple man known as Tim Storm is in the building to address his challengers face to face. Now the rumors were coming around the show would he just be makin an appearance for the promotion or challenging one person to a match. Now without having seen the footage before the match of how it went down, it ended up with Magnus challenging Storm for the title one more time for the night and basically ended up being a squash with Magnus ending up the winner in around 5 minutes with the burning hammer. 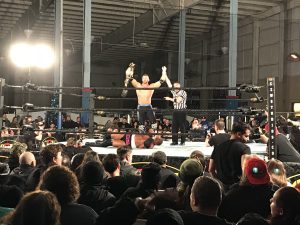 This was absolutely the wrong decision in front of a crowd that while they did not hate Storm, weren’t exactly opposed to him being there since he has been portrayed as a fighting champion all over the United States. Aldis is a been there, done that kind of character that is now leading a upstart promotion into the future. You have this amazingly down to earth champion who has a marketable look, while he is up there in age he made everyone feel like they had a shot at his title. I hope that Aldis is a placeholder for who the next big champion is because this is a disappointing direction after the NWA making all the right moves lately.

Look out for my next column where I will review CZW Cage of Death with a wrapup of what happened in the NWA title match and everything else to go with this night. Until next time, Auf Wiedersehn!

DJ Z Suffers Pinched Nerve In Neck, Talks About Rough Week He Has Had

Circle 6: The Progress so far…

Fit Check: Ranking The Best Outfits From The UFC 276 Press…

Circle 6: The Progress so far…