Drugs & The Future of Professional Wrestling

When I first started watching professional wrestling around the age of 6 years-old, I had no idea about the backstage antics of wrestlers. For all intents and purposes, I assumed they were just amazing athletes (aside from Ultimate Warrior and Hulk Hogan, who even then my parents told me they were suspected of taking anabolic steroids). Because of this, I was always a fan of the more athletic, technical, and acrobatic professional wrestlers, such as The Rockers, Ricky “The Dragon” Steamboat, and Bret “Hitman” Hart. I had no idea what drugs the wrestlers did, the alcohol they consumed, nor their intake of barbiturates, opiates, and anti-depressants they scarfed down by the handfuls. Needless to say, as I got older, it was much more apparent that a great deal of them did abuse these drugs. 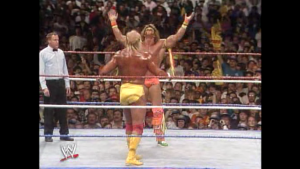 A lot of the drug use stems from problems during the 80’s, when cocaine and other pharmaceuticals were hitting the streets big time, especially in the United States. Before then, it was mostly just casual drinking, even though there were some cases where the drinking was a significant problem (see Gorgeous George). But for the most part, the drugs didn’t start rearing their ugly head and becoming a big problem backstage until the 80’s, dubbed the rock n’ roll era. By the way, TVTrax posted a great interview with Bill Behrens, a promoter that has worked closely with WWE and TNA, on YouTube about the History of Drug Abuse in pro wrestling. You should check that out, if you ever get the chance. But, more vile drugs were making their way into the superstar’s dressing rooms. 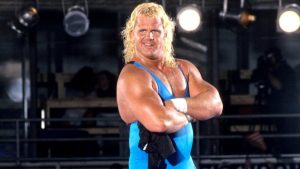 Curt “Mr. Perfect” Hennig is one of my all-time favorite wrestlers. Nobody sold a punch, or took a bump (no pun intended), as well as he did. To this day, some refer to him as the greatest wrestler ever, if not in the Top 10. He was a major fixture in many Pay-Per-Views in the late 80’s/early 90’s, and a quick-witted commentator in both the WWE and WCW, plus made vignettes that changed the way pro wrestlers sold their promos. He was amazing both in the ring and on the mic. However, Hennig’s lust for the “white lady” became too much for him to bear and he overdosed one night in his Florida hotel room. His official cause of death was listed as “acute cocaine intoxication.” 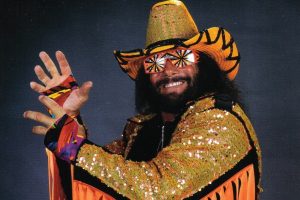 Even Randy “Macho Man” Savage looked crazed off that very same popular disco-era drug during his interviews, as he spread his “Macho Madness” to the world. Throw a rock anywhere on the Interwebs and you’ll find someone cracking on that. 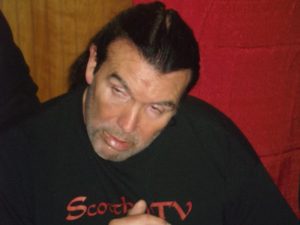 Honestly, I can sit here all day and give examples of past professional wrestlers that have abused drugs and suffered from it, ranging from the great Ric Flair to the notorious Scott Hall (aka Razor Ramon). But I won’t. Just check out the Beyond the Mat documentary of Jake “the Snake” Roberts, which I believe was the inspiration for the Academy Award-winning film “The Wrestler” and you’ll get a pretty clear idea of what I mean. I won’t go into details, but it is pretty damn graphic and ALL of it very, very real.

The reason I bring these names up, tagging lists of their personal bouts with recreational drug use to them, is because it’s all out in the open now. These antics, backstage or otherwise, are now placed for immediate viewing at the touch of a button. With the advent of the Internet, we can get grisly details of anything we please, from gossip to government topics of discussion. Sometimes, we can even retrieve video streams of events, if the person taping is a willing participant in the display of voyeurism for the media. Also, with people documenting their every single thought onto social media websites, such as Facebook and Twitter, we are completely aware of who does what, when, where, why, and how. 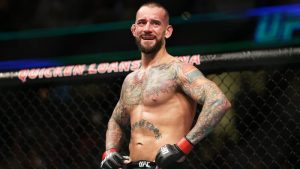 Because of this, certain associations are taking the necessary precautions to make sure that their name is not dragged through the mud. Thus, the corporate giant WWE’s Wellness Plan: a stark, new, strict drug-screening policy that keeps the squeaky-clean image of their company at the front of the pack. You’ve heard many big-time names fall victim to it, including Randy Orton, Evan Bourne, and Rey Mysterio. Because of this, and the overwhelming popularity of WWE champion CM Punk, I believe we will see more and more drug-free entertainers, as opposed to those who are popular despite their usage. 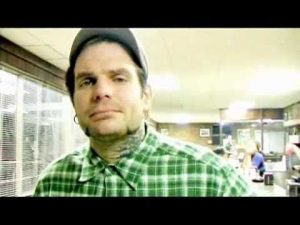 Jeff Hardy, for one, is notorious for his problem with law enforcement concerning drugs and would pull off some of the greatest high-flying stunts that the WWE has, and will ever see, when he was reportedly “high” on God knows what. If you take a look at one of his YouTube shoots at a diner on none other than CM Punk during their rivalry in 2009, you’ll see he’s clearly intoxicated and slurring his words, unable to keep his balance. What’s sad about that, is he seems to have no remorse and is making fun of the fact Punk is drug-free. Whether or not he continues to feel this way, or if he still makes videos like that, I have no clue. His brother didn’t do much better with his crazy, drunken off Michelob Ultra rant at the WWE that he posted to get out of his contract. But, who is to say that their problems were the cause of their personal departure from the company. I’m sure it did not help their clear thinking or judgment. With the Wellness Policy looming overhead, plus Jeff’s struggle with the law, perhaps they thought it was safer to jump ship. That is all just speculation, though… 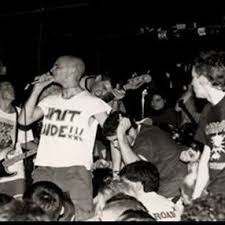 It’s no secret that the straight edge lifestyle is one from the punk scene that spread its way from the restaurant bars of Washington D.C. to modern culture, with bands like Minor Threat, H2O, Gorilla Biscuits, and Youth of Today leading the way. But, with the emergence of CM Punk as a bonafide crowd favorite in the world of professional wrestling (no matter which alignment he may choose), there is no question that with Wellness Policies in tact superstars may choose that very same path to further their own career. Not such a bad thing, I think. I mean, it could be worse, right?

But what of companies that do not have scrupulous drug-screening policies in place? Or what of the associations that allow talent to perform in the ring drunk or high? One mistake from any wrestler that results in the major injury of another, or maybe even to themselves, is something that can sink companies such as Ring of Honor or the CHIKARA promotion, or any upstart that might have a chance to make it to the big time. I think we’re all aware that a lot of the talent that is either fired or hiding from WWE’s Wellness Policy have found shelter in TNA, so we may all just be holding our breaths waiting for that to happen.

So, perhaps, even as tastelessly unapologetic as it may be, it could be a good thing that the straight edge culture makes itself more abundant in the world of sports entertainment. It already is in other sports, such as baseball, where Texas Rangers pitcher C.J. Wilson can be heard screaming it from the rooftop of Rangers Ballpark at any time of the day. If it does come to pass, be sure to catch the current WWE champion giving a sly smirk, followed by a snarky golf clap, while he thinks of myriad ways to make sure damn sure they know who came first.