It was announced on night two of AEW’s Fyter Fest that on next week’s special Fight for the Fallen broadcast of Dynamite, that TNT Champion Cody Rhodes will defend the title in an open challenge.

During the main event match between Chris Jericho and Orange Cassidy, a text was sent out via the text group that Cody Rhodes fans can subscribe to that revealed his TNT Title opponent for Fight for the Fallen, on next week’s edition of Dynamite on TNT.

It looks like Cody Rhodes will defend the TNT Championship against Sonny Kiss at Fight for the Fallen next week. 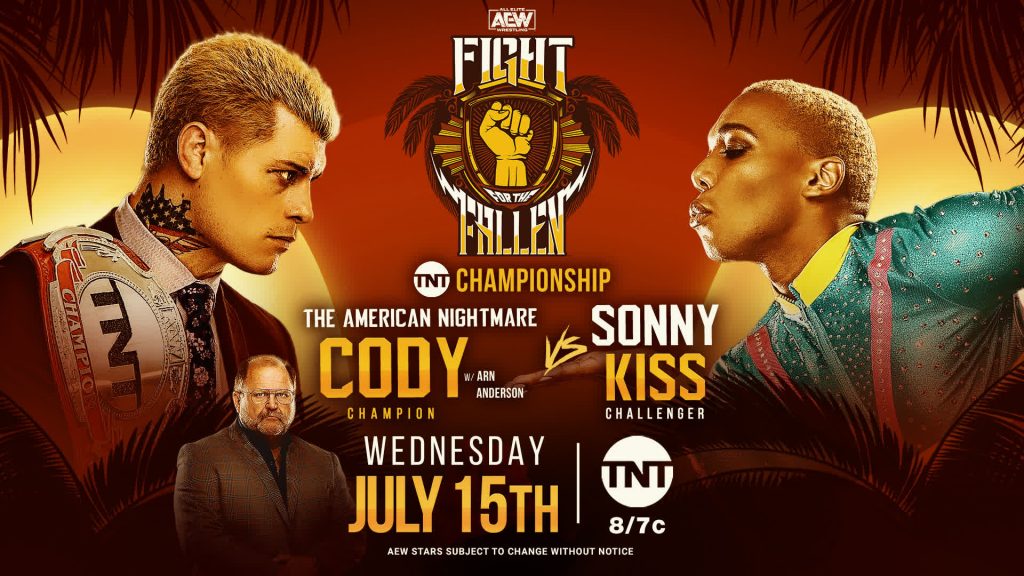 In addition, the AEW World Championship is on the line as Jon Moxley will defend the title against the newly crowned FTW Champion Brian Cage.

We will keep you updated if we hear anything else about next week’s AEW Fight For The Fallen edition of Dynamite.

Update On The Current Status Of WWE’s SummerSlam PPV Card

Exclusive – Vampiro Reveals He Didn’t Get Along…

Exclusive: Vampiro Had An Exorcism Performed To Remove Evil…