This weeks Monday Night RAW was an interesting show to say the least. We’d advertising focused on a double contract signing and a hastily put together tag team match. With such an underwhelming card on offer, could they maintain last weeks viewership? 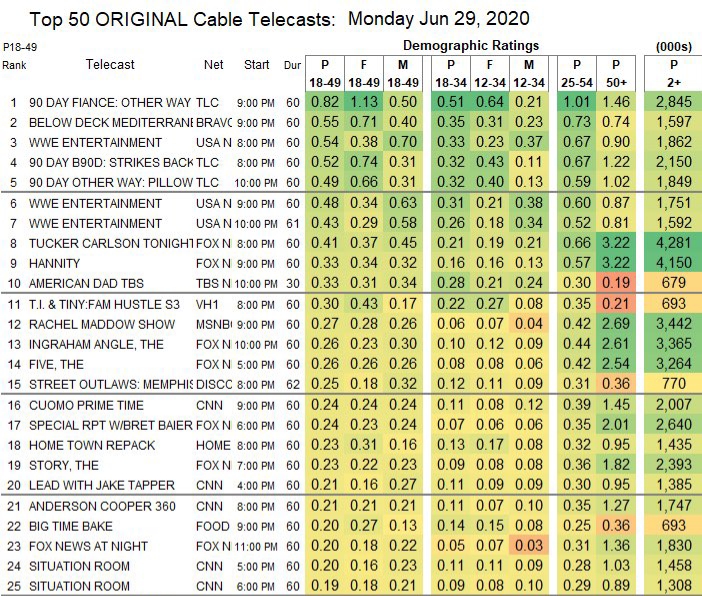 Showbuzz Daily reports that this weeks WWE Monday Night RAW achieved an overnight three hour average of 1.735 million viewers. This is a massive drop of nearly 200,000 fans from last week.

Last week’s episode, while still not great, managed to bring in 1.922 million viewers. That amount itself was down on the 06/15 show ever so slightly which drew 1.939. RAW viewership since Paul Heyman was removed from creative has seen a steady decline, which must be a concern for WWE officials especially considering SmackDown is regularly hitting the 2.1 million mark.

Matt Riddle’s Accuser Tweets Photo Of Them Kissing In 2019

John Cena Did Not Want WWE To Sign TNA Talent

Matt Riddle’s Accuser Tweets Photo Of Them Kissing In…

False Finish #17: “The One Where We Go America All…

Matt Riddle’s Accuser Tweets Photo Of Them Kissing In…