Numerous WWE Superstars names surfaced amongst allegations of sexual abusive, assault, and misconduct this week as the #SpeakingOut movement outed members of the wrestling community throughout the world.

NXT UK Superstars Joe Coffey, Jordan Devlin, Travis Banks, Wolfgang, as well as WWE Superstars Matt Riddle, Jack Gallagher, and others were accused of a number of wrongdoings. WWE held an emergency meeting to discuss the situation once the news broke.

WWE released an official statement regarding the allegations brought against members of their roster, where they reiterated the company’s policy and stance concerning Superstars going through these accusations.

“Individuals are responsible for their own personal actions. WWE has zero tolerance for matters involving domestic violence, child abuse and sexual assault.

WWE’s ability to fine, suspend or terminate a WWE talent will not be, however, limited or compromised in any manner in the event incontrovertible evidence of such illegal misconduct is presented to WWE.” 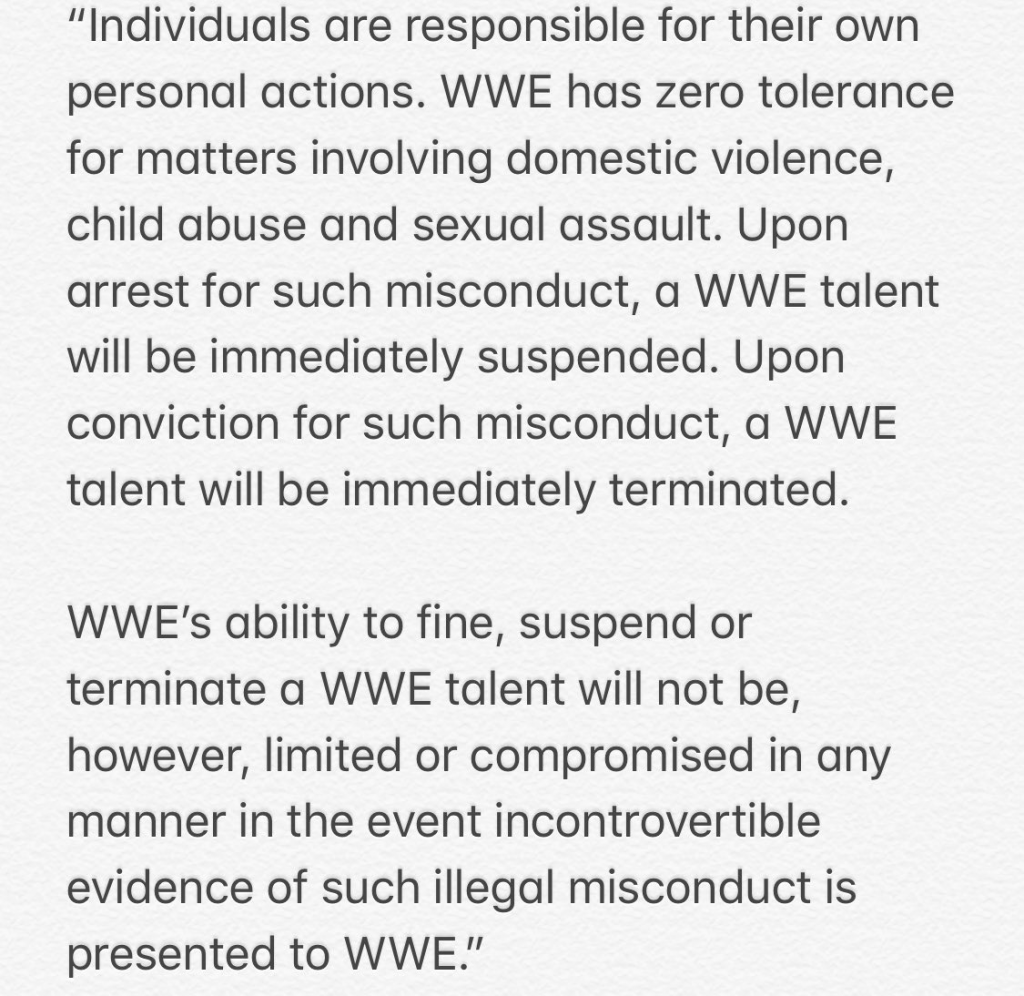 We will keep you updated if we hear anything more about this developing story.

Exclusive: When Did AEW And Daniel Bryan Begin Negotiations