AEW has removed a match from Dark due to wrestler’s homophobic and racist remarks.

Independent Wrestler Clutch Adams appeared on the May 19th episode of AEW Dark in a losing effort against QT Marshall, and was being promoted for an upcoming match against Shawn Spears on this week’s episode of Dark. However, after fans uncovered old tweets of Adams’ making homophobic and racist remarks, Cody Rhodes responded by announcing that his match has been removed from the broadcast.

A fan on Twitter posted images of tweets from 2013 that Adams made where was saying somebody (and even Tony Romo) was a “f*cking homo” as well as using the “n-word”. Cody quickly responded by simply stating: 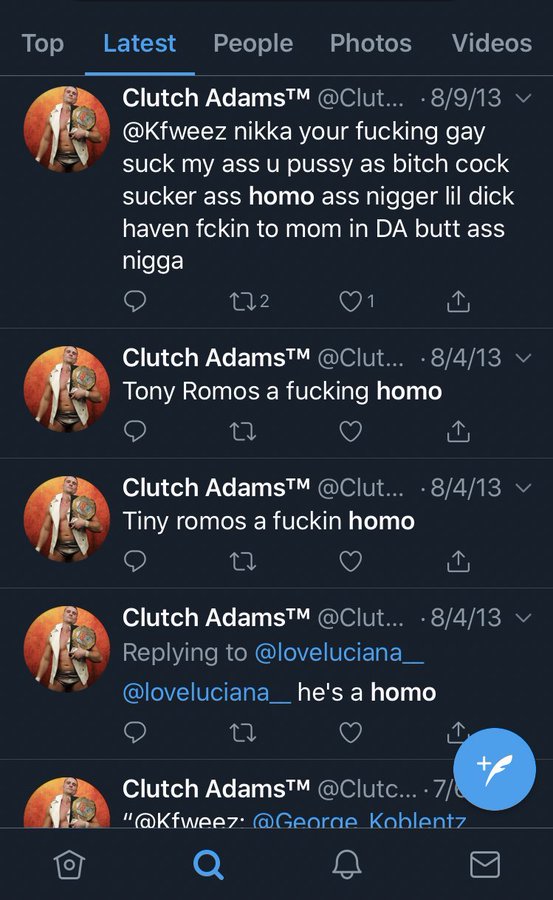 “His match has been removed.”

His match has been removed.

It should also be noted that this is the first time AEW has made the decision to pull a wrestler’s match and remove them from their broadcast.

WWE Has Banned Another Move

AEW Announce Fight For The Fallen In 2 Weeks

AEW Announce Fight For The Fallen In 2 Weeks