Has Rey Mysterio’s Son Dominic Signed A Deal With WWE?

A familiar face as of late on WWE TV has been Dominic, Rey Mysterio’s son. The two were once again featured on WWE programming this week, when they appeared on RAW from Lexington.

Dominic’s frequent appearances on WWE television has led many to speculate as to whether or not Mysterio’s son may have signed some sort of deal with the company.

Dominic was discussed in a recent audio update via PWInsider Elite, and Mike Johnson seems to think that Rey’s son has indeed sign some type of deal with WWE.

“Dominic has to be signed by WWE now to a WWE deal because now he’s showing up on a regular basis so he must be signed to something.”

We will have to wait and see if and how Dominic is used in the ongoing program between his dad, Rey Mysterio and Samoa Joe. But one thing that is known is that Dominic is no stranger to the ring, as he has been trained by former ECW, WCW, and WWE Superstar Lance Storm – which you can see a picture of below. 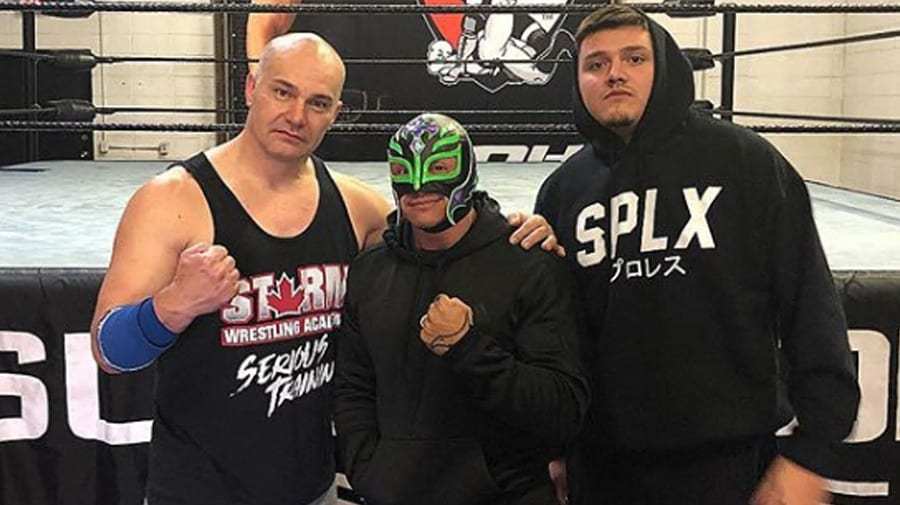 We will keep you updated if we hear anything more concerning Rey Mysterio’s son Dominic and his status with WWE.

Brock Lesnar Planning To Retire From WWE Next Year

Revealed: When Edge Will Appear On RAW