Why We Need A Braun Strowman Vs. Samoa Joe Program

“One Superstar unleashed hell and inflicted pain, punishment and destruction across the WWE Universe in 2017 and that Monster Among Men was Braun Strowman.” “After the Superstar Shakeup Strowman was repackaged and began wreaking havoc, punishing everyone from Brock Lesnar to The Miz and all the while exclaiming to Roman Reigns, “I’m not finished with you!” 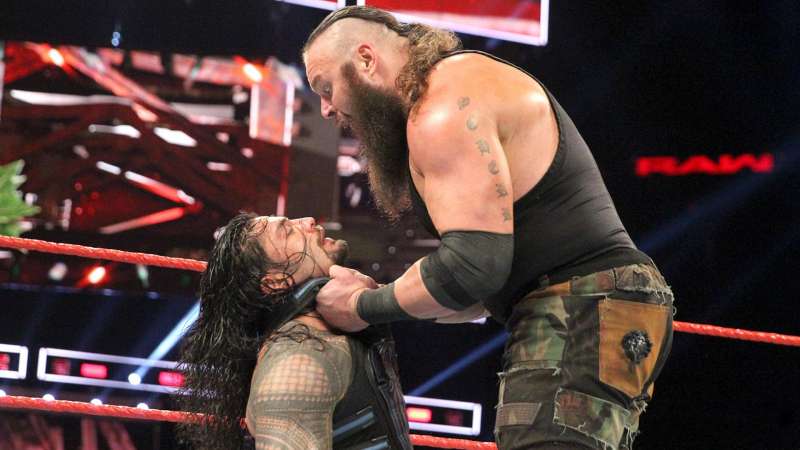 His matches were physical wars, his segments modern slasher flicks. He was intense, physically intimidating and the epitome of his nickname. Braun Strowman was the breakout star of 2017″.Braun Strowman vs Samoa Joe is the first step in getting both superstars back to the Top in WWE. The two reason why this feud should happen are addressed below.

#1 Strowman has not had a meaningful feud since Roman Reigns

Braun Strowman vs Roman Reigns is listed as one of the top feuds in 2017. Their physicality was unmatched by any other superstars. Every week was a new twist on their confrontation.From ambulances to tables to street fights to chairs being thrown at Roman’s head, it was a constant roller-coaster watching these two work and try to improve on their previous performances.

After Strowman’s year-long feud with Reigns ended, he missed his WrestleMania in a row. He was not involved in any meaningful feuds either. He spent the end of 2018, feuding with Baron Corbin. He was the ” Interim General Manager of Raw” after costing Strowman his Universal Championship victory at Crown Jewel.

Strowman had to undergo shoulder surgery in November, during a Triple Threat Elimination Tag team match where Strowman teamed with Elias, and Finn Balor vs Drew McIntyre, and Bobby Lashley, and Corbin. The match ended in no contest, they smashed Strowman’s shoulder in the ring post with multiple steel chairs “shattering” his arm.

Strowman leading up to this recent WrestleMania was involved in a strife with two SNL guest hosts (Colin Jost and Michael Che). Yes, sadly “The Monster Among Men” has fallen so far down he is having beef with two comedic stars. Strowman got his revenge and won the André the Giant Memorial Battle Royal.

On SmackDown Live, Samoa Joe didn’t do better for himself. He has been involved with Ali, a newcomer to the blue brand, in some great matches. He was also involved with AJ Styles in SummerSlam 2018 in a highly personal feud. Joe tried to remove him from the WWE Championship while mentally destroying him. His attempt he was unsuccessful, and in the end I feel he lost momentum on his side as well.

On March 6th edition of SmackDown Live the reigning U.S. Champion R-Truth announced an open challenge (his childhood hero, Ala John Cena). Truth was not ready for a Fatal 4-Way match against Andrade Cien Almas, Joe and Rey Mysterio defending his championship.

Joe capitalized on his moment and seized his first single’s championship on the main roster.He defended his newly won Championship against Mysterio at WrestleMania 35, in a one-sided brutal annihilation of his opponent.

48 hours later, He decided to make a statement to entire Blue brand by making quick work of Truth. Unsatisfied with his victory and seeking to dish out more punishment, he picked up a microphone and laid out an Open-Challenge to anyone

​None but the “Monster Among Men” burst on the scene and punished Joe but was unable to drop him with his Signature Running Powerslam. Joe retreated and leaving this transformation shocked. He didn’t expect Strowman, and he probably wanted to demolish another small superstar. 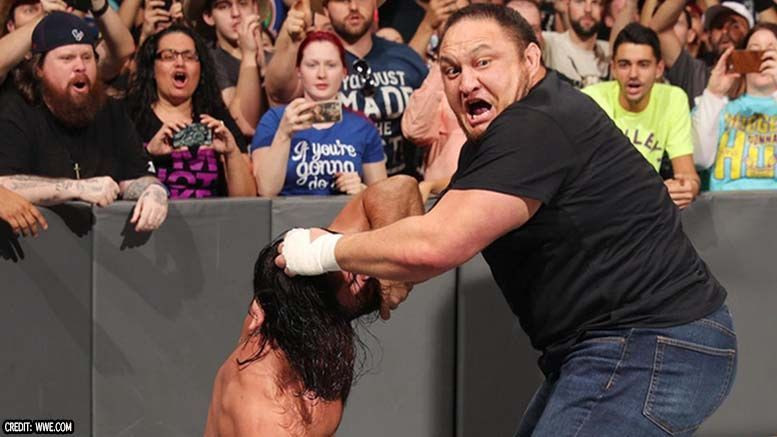 #2 Joe had not crossed paths with Strowman since his involvement in the men’s Survivor Series team elimination match this past November.

​​
Since losing to Roman Reigns at Backlash 2018, Joe had no powerhouse to go to war with. In his last match with the flagship Raw brand, he tried to make a statement. Now that Joe’s back on the Red brand after last week’s Superstar Shakeup.

Now he can have some fresh feuds and bigger challenges ahead of him. He can battle with Strowman, and possibly Drew McIntyre, and Bobby Lashley if they decide to turn him into a babyface. At the “Biggest Party of the Summer”, the show will be stolen by the” Monster Among Men” and “The Destroyer” at SummerSlam. Make their match No Disqualification or Count Falls Anywhere and watch out or you’ll be removed in the process!

Who Should be the Exalted One?

The Bella Twins in the WWE Hall of Fame.

Who Should be the Exalted One?