We are about two weeks away from WrestleMania 35, and the majority of the card is already set with only a few spots for potential matches remaining Finn Balor currently is without a match on the show.

With WrestleMania 35 quickly approaching people in the New York and New Jersey have already started seeing promotional material scattered throughout the area. One interesting thing that has been pointed out by many is that despite not having a match yet for WrestleMania, Balor is appearing in a lot of WWE’s promotional material for the event, only he’s being depicted in his Demon persona instead.

WWE’s main page for the WWE Network also shows Finn Balor as The Demon, which is interesting in itself because it has been reported that WWE was not happy about “The Demon’s” potential appearance at WrestleMania leaking before it was announced. However, this obviously hasn’t stopped them from going forward with promotional material featuring Finn Balor as The Demon, as he now is also appearing on a subway train in New Jersey promoting WrestleMania 35.

You can see a photo of WWE’s WrestleMania 35 promotional wrapping on a NJ train below. The photo was taken by Chris Goldsmith and sent to us by our friends at Ringside News. 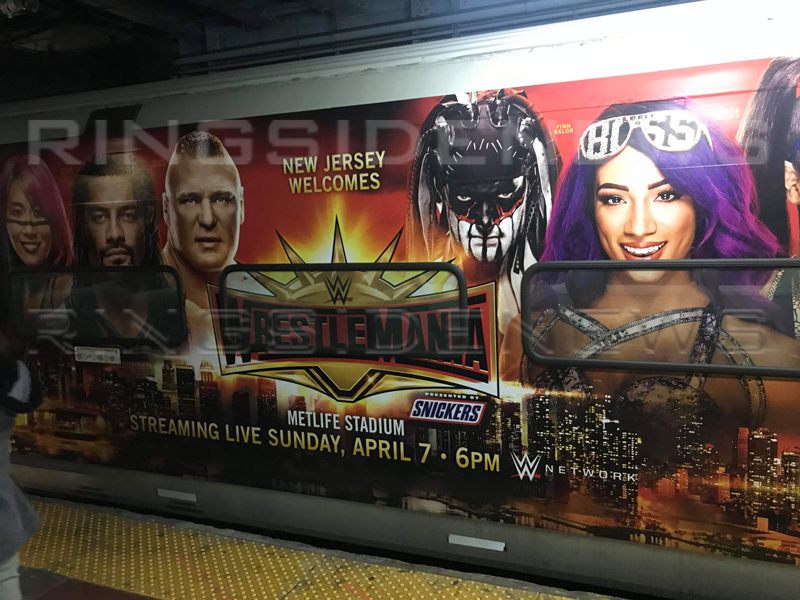 We will keep you updated if we hear anything more about a WrestleMania match for Finn Balor, or The Demon King.

Vince McMahon Never Wanted To See The Undertaker Vs. Sting