“The 2018 Mae Young Classic continues to add elite female competitors from around the globe, with the latest batch of athletes including a top prospect from South America, a returning martial arts expert from China, one of WWE NXT’s most buzzed-about new signees, a world-traveled brawler from Detroit and a second-generation grappler who’s preparing for her second chance at the Classic trophy.

Zatara, Xia Li, MJ Jenkins, Allysin Kay and Rachel Evers are the newest confirmed competitors for this year’s event, which kicks off on WWE Network later this summer. The single-elimination, 32-woman tournament will conclude with its Finals on Sunday, Oct. 28, at WWE Evolution, the first-ever all-women’s pay-per-view. 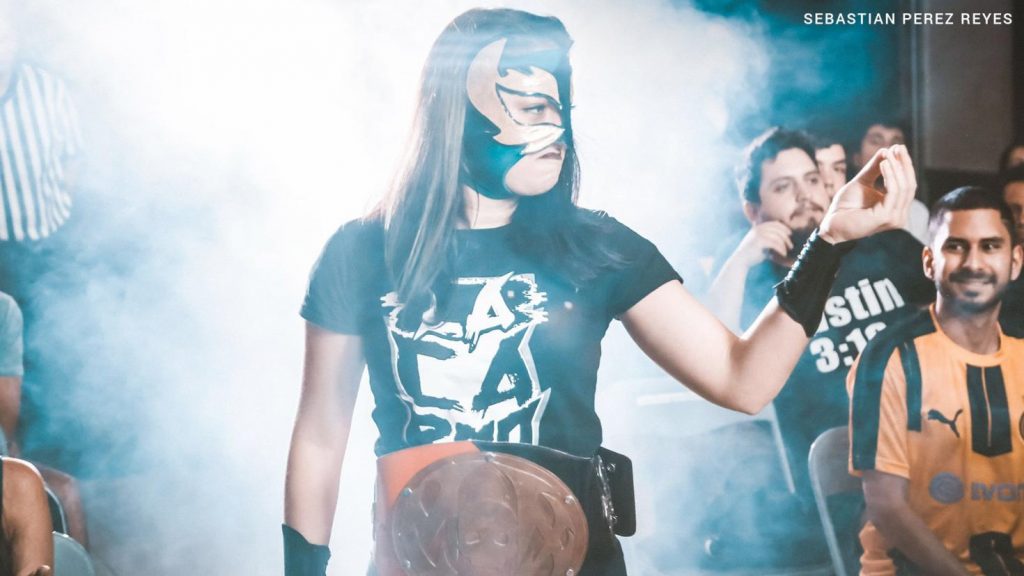 Known for her hyper-aggressive in-ring style, Zatara (pictured above) of Santiago, Chile, enters the tournament with a ruthless reputation. Debuting in February 2008, the masked luchadora has captured titles throughout South America and counts wrestling in Mexico City’s world-famous Arena Mexico as one of her proudest accomplishments. Believing “the end justifies her means,” the opportunistic 26-year-old often finishes off opponents with a running knee strike to the back of the head. 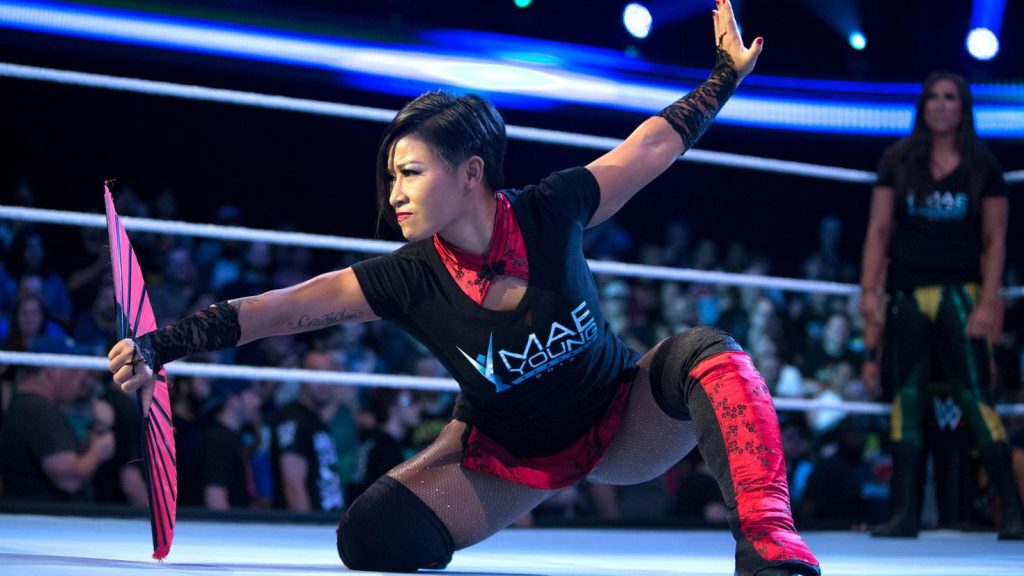 China’s Xia Li, one of the first Chinese athletes recruited by WWE, made her in-ring debut at last year’s Mae Young Classic. A lifelong combat-sport athlete, Li was a top-flight competitor in the Chinese martial art of wushu before joining the WWE Performance Center in January 2017. Li leveraged her unique skillset in her high-pressure debut in the inaugural Classic, unleashing a torrent of strikes against Mercedes Martinez that belied Li’s relatively limited sports-entertainment experience. 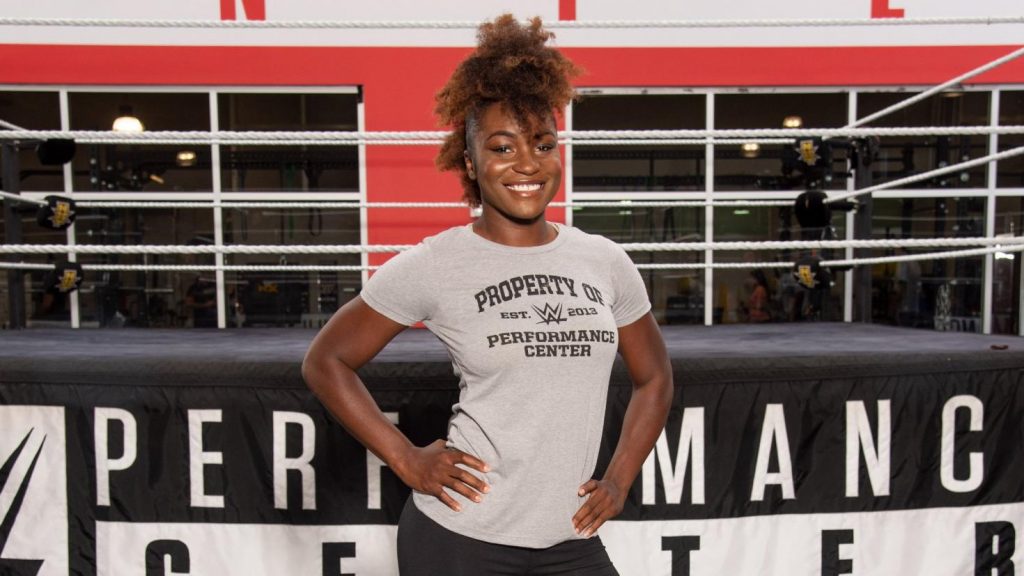 Newly recruited to the WWE Performance Center, Brooklyn’s MJ Jenkins looks to make a splash in her WWE Network debut at the Mae Young Classic. Formerly an independent wrestler who earned her reputation throughout the Northeast, Florida and the Dominican Republic, Jenkins is a seasoned competitor of seven years and trained under such luminaries as WWE Hall of Famers The Dudley Boyz and Johnny Rodz.

Guaranteed to be one of the biggest bruisers in the field, 5-foot-10 Allysin Kay has been a force to be reckoned with inside the squared circle for nearly a decade. A native of Detroit, Kay’s wrath has been felt in countries like China, India, Mexico, England and Japan, where she once shared a dojo apartment with Sarah Logan and WWE PC coach Serena Deeb. Priding herself on being able to toss competition like lawn darts, Kay relies on a ferocious discus lariat to end many of her matches. 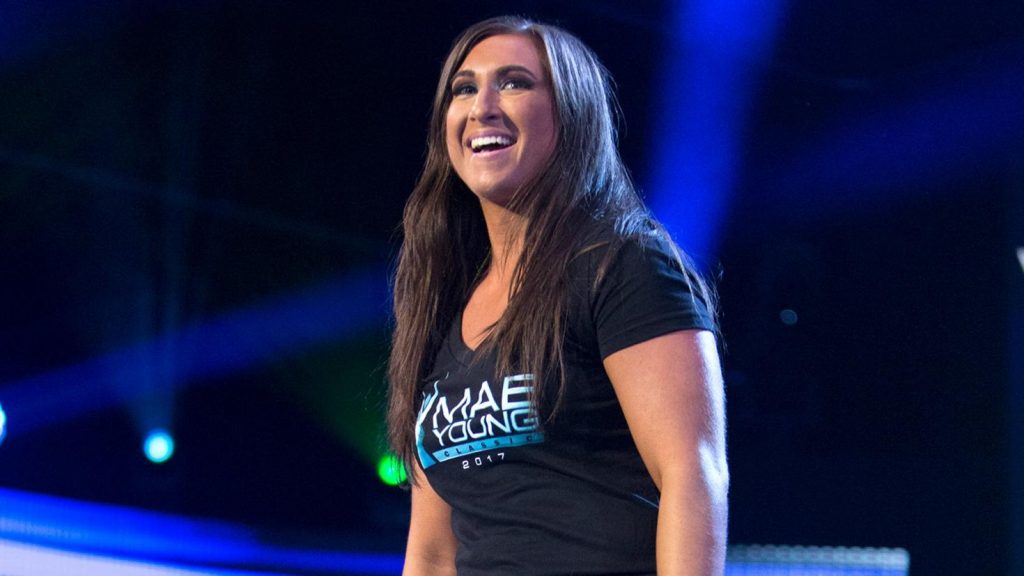 Returning for her second Mae Young Classic, “The One Woman Minnesota Wrecking Crew” Rachel Evers brings world-class strength and a Hall of Fame pedigree to the proceedings. The daughter of WWE Hall of Famer Paul Ellering and a protégé of Lance Storm, Evers medaled in powerlifting before pursuing sports-entertainment. She puts her strength to good use inside the ring, whether demolishing foes with fallaway powerbombs or an innovative modified spinebuster she calls the Graveyard Smash.

Stick with WWE.com for more updates on the 2018 Mae Young Classic in the coming weeks.”

Candice LeRae Explains Freak Accident That Lead To Her Brief…