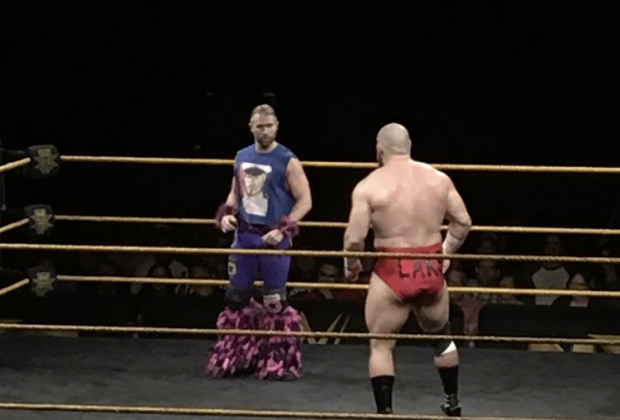 Breeze appeared on the event and competed in a match against Lars Sullivan. However, Breeze lost the match.

You can see video of Tyler’s return to NXT embedded in the tweet below:

Here are the rest of the results from NXT’s Live Event last night in San Diego:

Kurt Angle Comments on his Gold Medals being Stolen

Kurt Angle Comments on his Gold Medals being Stolen