Women In WWE: They Want To Have Their Cake And Eat It Too

It was announced recently that WWE Superstar Charlotte Flair would be featured in this year’s ESPN’s body issue. Charlotte, considered one of the leaders of WWE’s women’s evolution, will pose semi-nude for the entire WWE Universe to see.

ESPN’s body issue is a modern attempt in sports to sexually objectify athletes. Why else would athletes in prime physical condition be captured semi-nude in sexually suggestive poses, baring their buttocks and barely covering up their genitals? This is tied into an unhealthy culture of hero worship of professional athletes. Professional athletes are not our role models, our role models are our parents and everyday people in our local communities.

Back on track, WWE never hesitates to remind us of the amazing women’s evolution. How many times have we seen Stephanie McMahon waving the metaphorical flag of the women’s evolution on TV and in interviews, or seen a female WWE Superstar cry in character on live TV over a milestone in women’s wrestling? How many bad women’s matches will I have to sit through, so I can be brainwashed into believing this stuff is as great as the men’s matches? The point is, the WWE’s women’s evolution is in your face.  More like, it’s two inches from your face, and it’s not moving out of your face.

As we tap our glasses in unison to the gender equality movement in professional wrestling, I must ask the WWE and its women Superstars why they get to have their cake and eat it too. You see, we’re not supposed to watch the women’s matches because they’re attractive. Oh no, we’re supposed to watch because they’re great in-ring performers and we can’t view them as anything else. Yet here we are, with Charlotte posing semi-nude, being fully sexually objectified by the WWE audience, like it’s the Attitude Era.

Not only is Charlotte posing semi-nude, but WWE and Stephanie McMahon are promoting it on social media. 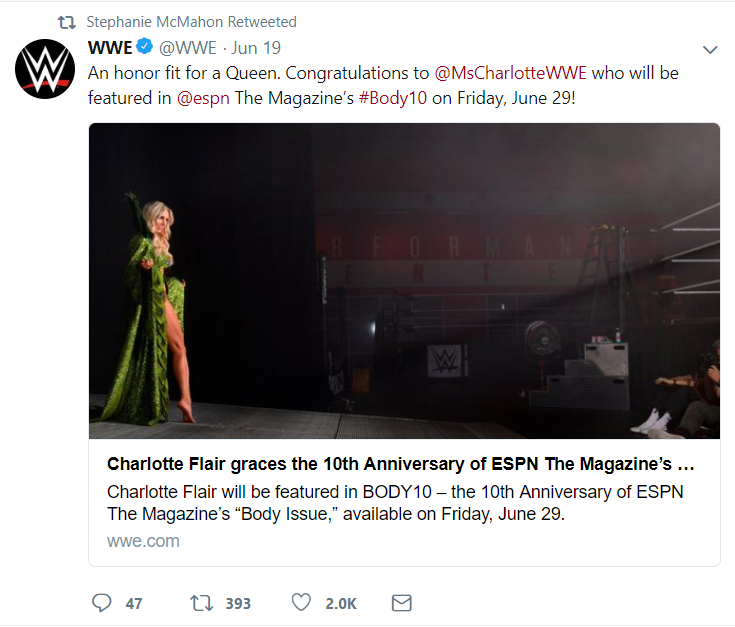 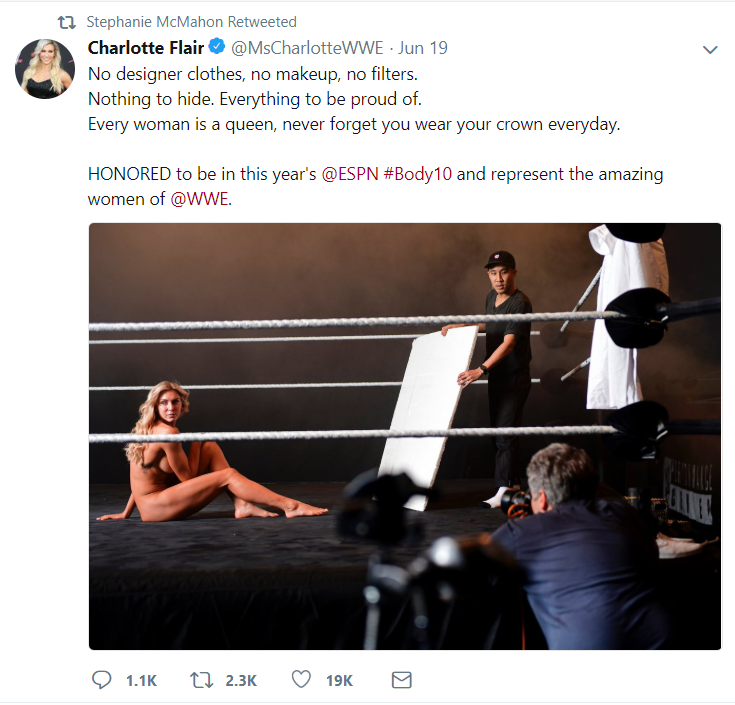 How many times will we hear critics of the Attitude Era denounce the way women were presented in WWE decades ago, while remaining silent on female Superstars today wanting to be taken seriously while also still using their sexuality to advance their career when it’s convenient? Bra and panties matches on TV are so passe and sexually gratify women, that’s why now we just watch them do it in magazines. That’s some evolution.

The women in WWE want to have their cake and eat it too. Now that we’ve exposed this charade, please bring back the bra and panties matches so we can make women’s wrestling great again.

Exclusive: Internal Concern At WWE Regarding The Potential Success Of The XFL

The Best PC Games About MMA and Ultimate Fighting

A Letter To Big Swole

The Biggest Lie In Wrestling

The Best PC Games About MMA and Ultimate Fighting

A Letter To Big Swole

The Biggest Lie In Wrestling