Somebody in WWE’s Marketing Department who runs their official Facebook page made a huge screw up and accidentally leaked the complete card for NXT TakeOver: New Orleans event during WrestleMania weekend.

Our friends at Ringsidenews.com were able to capture a screen grab of the post on Facebook before the company deleted it. You can check out the post below: 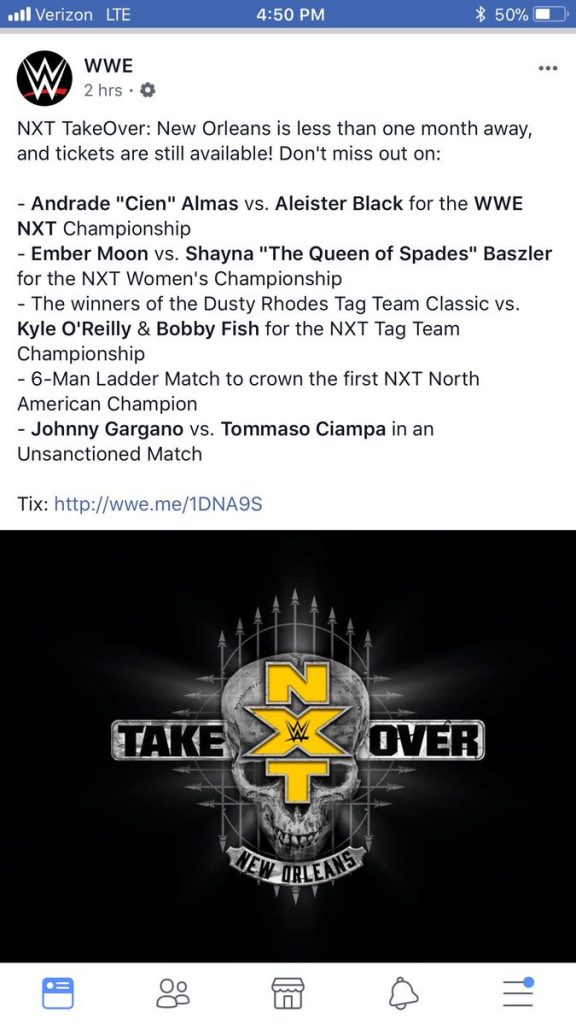 Here is the entire card for NXT TakeOver: New Orleans: