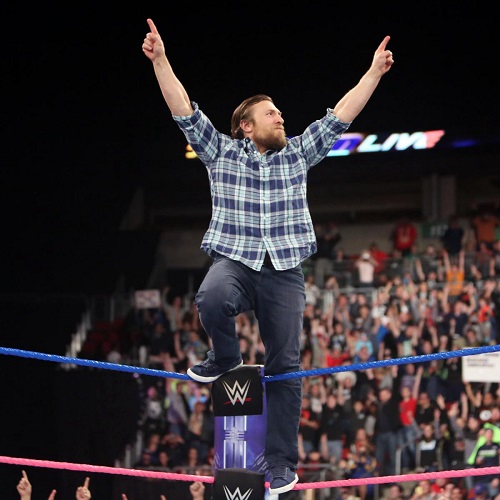 As first reported on episode 5 of Backstage in WWE with Brad Shepard and Jon Fisher, BodySlam.net’s Managing Editor Brad Shepard provided an exclusive backstage update on Daniel Bryan’s possible return to the ring in WWE.

For the full context of the situation, I highly recommend you listen to the aforementioned podcast.  A reliable source has indicated that they doubt Daniel Bryan will ever return to the ring in WWE.  There is still no evidence to indicate Daniel Bryan has recently been cleared to return for in-ring action, and the source indicated if that were the case, they would know.  In the highly unlikely scenario that Bryan is returning to the ring at some point as a surprise, it would certainly have to be one of the biggest secrets in company history.

WWE fans have speculated for months whether Daniel Bryan would return to the ring.  WWE has placed Daniel Bryan into the main storyline on Smackdown Live, where the only logical payoff would appear to be a match involving Shane McMahon.  The way Bryan has been presented on television has only increased expectations that he may return among fans.  When the Miz was on Smackdown Live, he had an entertaining feud with Bryan, which created entertaining promos, but ultimately had no payoff.

Backstage in WWE with Brad Shepard & Jon Fisher: Episode 5 – The One With Triple H Gaining Power

Report: Dolph Ziggler Agrees To A New Deal With WWE

Alexa Bliss Advances To Next Weeks Number One Contenders…