Deal Between Ronda Rousey And WWE Still Being Finalized 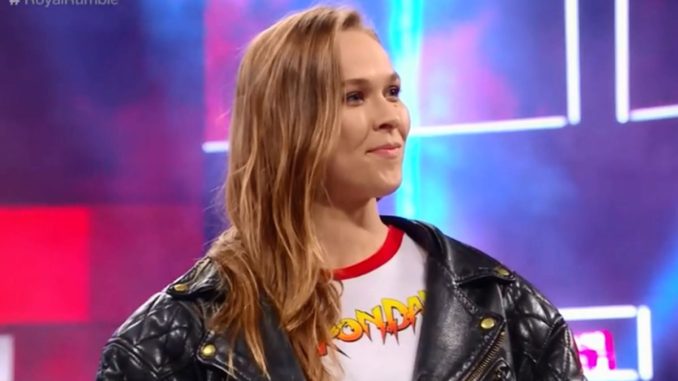 When asked by a caller regarding Ronda Rousey’s role in WWE, Triple responded by saying that they are finalizing plans for her, but he wasn’t exactly clear as to whether he was referring to creative plans or not. He followed that up bu saying that she has signed a mult-year deal with WWE and that Rousey wants to be “engaged” with the company and make it her life.

Vince McMahon said that Ronda Rousey fits in with what they are doing currently with the “women’s evolution”, while Stephanie McMahon pointed out that women are now headlining shows. Stephanie then went on to credit the fans for making it all happen, and added that the women’s evolution is bigger than just any one person.

Triple H finished up answering the caller’s question by mentioning that Rousey is motivated by the direction of the WWE Women’s Division and that she wants to use her already established celebrity status to inspire other women to become part of the company.

Reason Daniel Bryan Was Initially Removed From The AXXESS Listing

Colt Cabana Discusses His G1 Supercard Appearance In MSG And…