Currently leading the odds as of the time of this writing is a tie between Dolph Ziggler and Kane. The odds of Ziggler and Kane appearing in the Rumble are currently 1:9.

Here is the complete list of odds for entrants to the men’s Royal Rumble match: 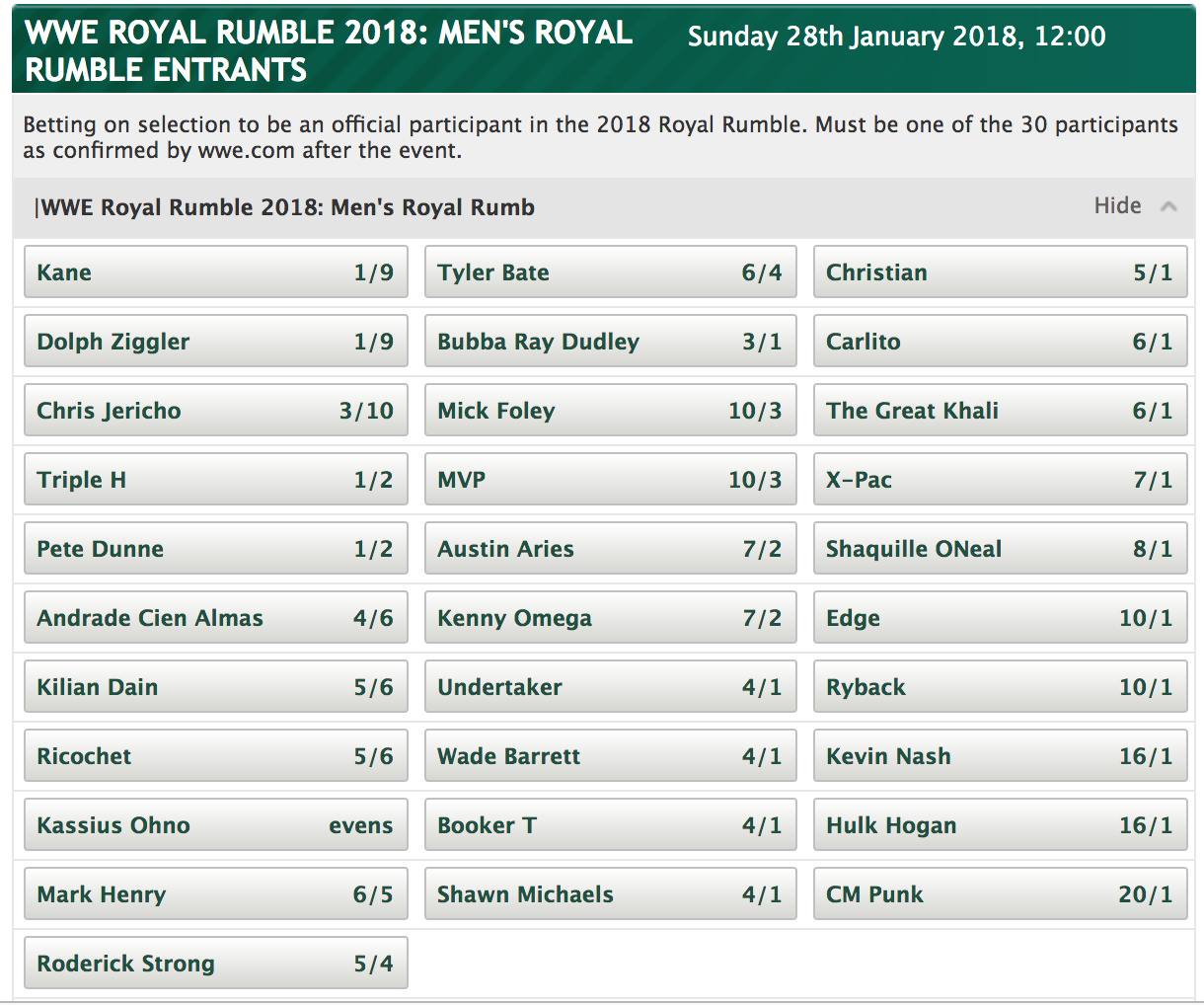 One name from the list above that we can probably cross off as being a possible entrant is Chris Jericho. It should be noted that Jericho and his band Fozzy have a scheduled show the night of Royal Rumble, and Jericho just started another angle NJPW at New Years Dash where he appeared and attacked Tetsuya Naito.

Here is the complete list of odds for entrants to the women’s Royal Rumble match: 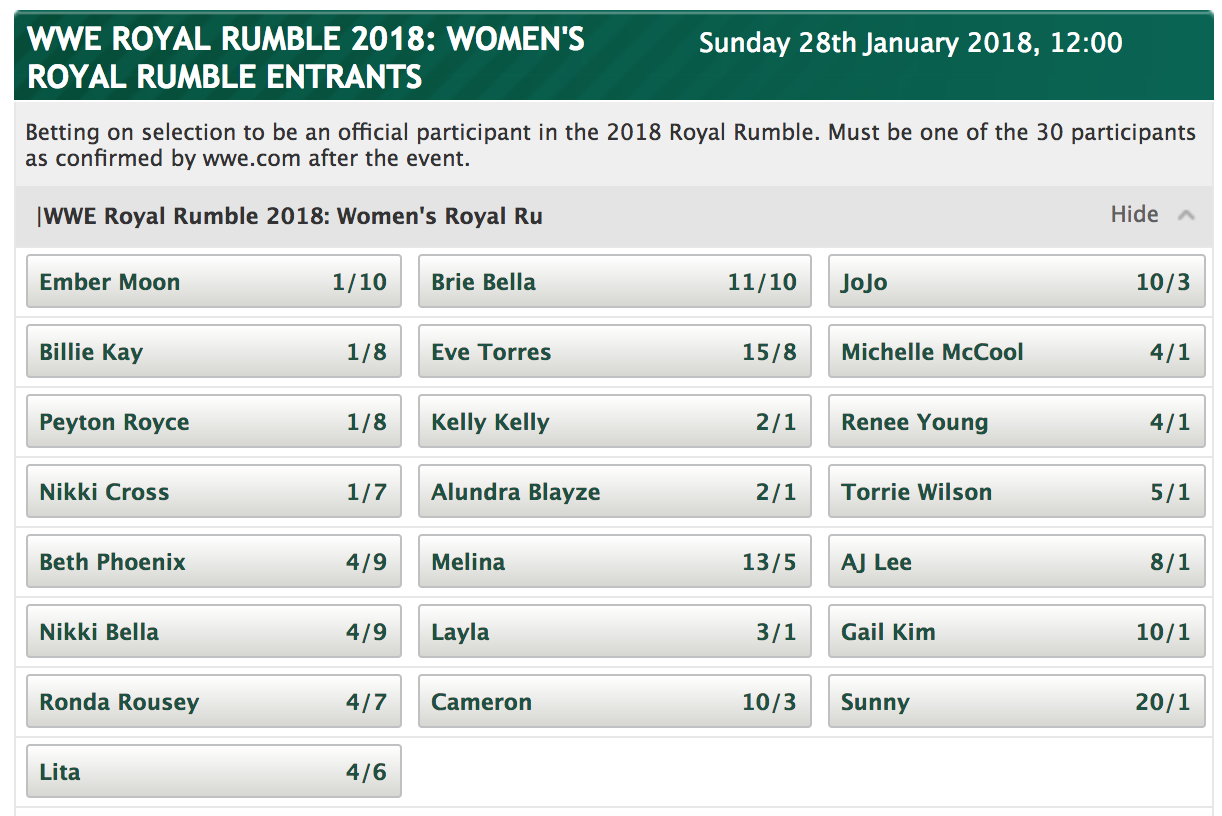 Solo Sikoa Believes There Was More Plans For Him In NXT

Solo Sikoa Believes There Was More Plans For Him In NXT