To say 2017 was a great year may be reaching a bit. Perhaps a lot. But I like to believe professional wrestling really hit some great strides this past year, not only in World Wrestling Entertainment, but all over the world. Many fans who would have never heard of certain productions now are watching intently. It’s no longer just one brand everyone looks to and many different promotions apparel can be seen easily in the crowds attending every wrestling promotion. I will be completely honest; it is awesome being a professional wrestling fan right now! With that, I will give you my Top 10 Wrestlers of 2017. Now, before I go on, remember that this is just my opinion and no matter how much more successful one is to another, this the the rank I gave each of these wrestlers in my eyes. Let’s start it, shall we? 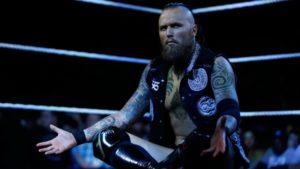 10. Aliester Black – I start my list with an easy one for me, but many may or may not agree with – the man once known as “Tommy End” (born Tom Budgen) made his way from Amsterdam, Holland to the World Wrestling Entertainment universe under the guise of Aleister Black and has been nothing but impressive since his debut. In fact, he has won over 90% of his matches in NXT since debuting in June 2016. Even though he has yet to wear championship gold, he is well on his way and has made the biggest impact on WWE’s developmental program in 2018.